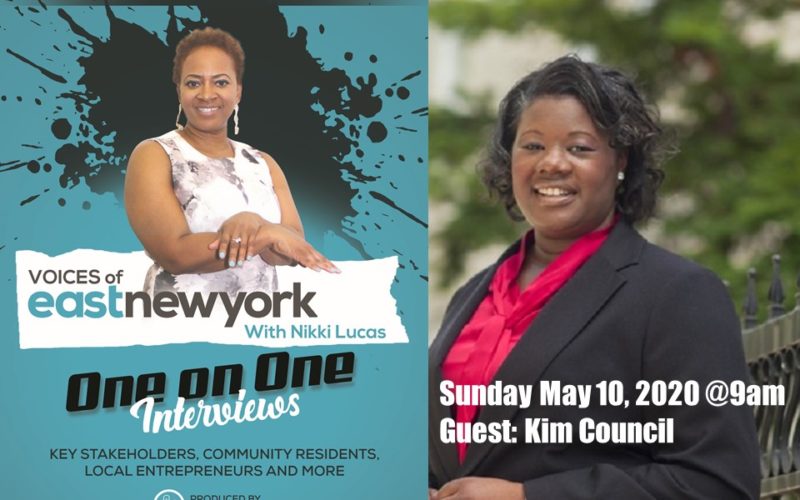 Kim Council, candidate for NYC Council District 37, covering portions of Bushwick, East New York, Bedford-Stuyvesant, Brownsville, Crown Heights and Cypress Hills, will be on VOICES of East New York with Nikki Lucas, Sunday May 10, 2020 at 9am.

Council will be discussing her court victory against the Democratic “machine”  that was trying to keep her off the ballot.

Council, along with Misba Abdin, Rick Echevarría and Sandy Nurse were all disqualified from appearing on the ballot at an April 22 New York City Board of Elections hearing, after two Darma Diaz campaign volunteers challenged the candidates’ petitions. In other words, the Darma Diaz campaign, which is part of the Democratic “machine”,  was attempting to clear the entire slate, which would have allowed her to win the race uncontested. This was done at the height of the coronavirus pandemic, which forced all the candidates to cease petitioning. It seems obvious that the thinking was to get everyone else off the ballot while petitioning and courts were being shut down.

However, Council stayed the course and won the court battle, and will now appear on the June 23 ballot as a candidate for the City Council seat.

Watch this week’s show of VOICES of East New York with Nikki Lucas to see and hear what Council has to say about her victory, the political process and her vision for the district.  Watch the show live on the East New York News Facebook Page or on EastNewYork.com.