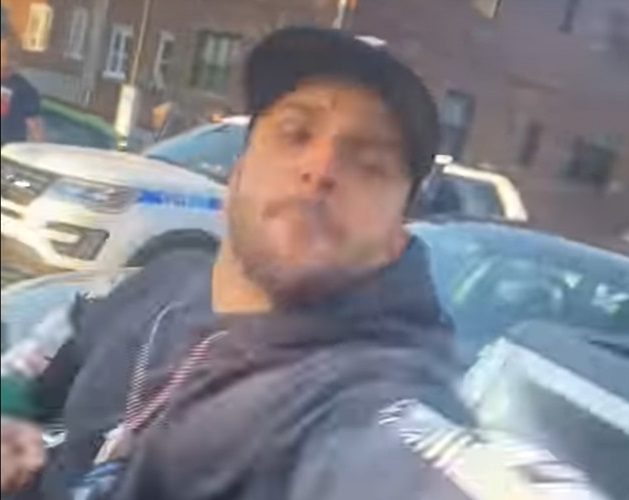 Officer without a mask punching a bystander (screenshot from video)

Watch the Video at the bottom of the page

Last week NYPD officers from East New York’s 75th Precinct made violent arrests,while many of the officers, including the Deputy Inspector were not wearing masks, putting the public and other officers at risk. It is unimaginable that these officers are arresting residents in East New York and other similar areas throughout New York City for “Social Distancing” issues, while they are not adhering to the basic rule of wearing a mask. 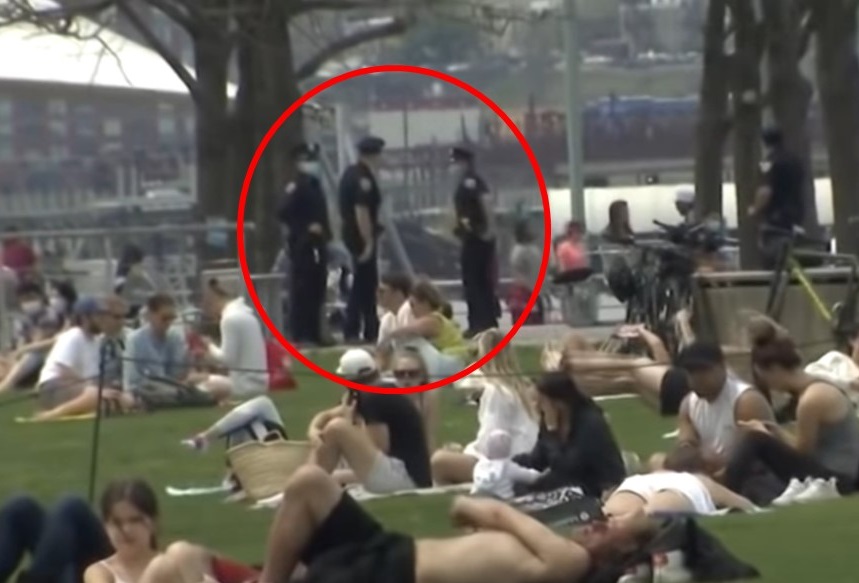 If it has not been clear to New Yorkers before, it should definitely be clear now, the NYPD “police” every resident in East New York, Brownsville and other similar neighborhoods, while they “protect” people in Park Slope, Upper East Side and other areas in New York City. This practice has to stop. All New Yorkers need to feel “protected”, not “policed”. Officers who violate these policies should be removed the force and hit with a large personal financial fine for civil rights violations. Taking money from their personal pockets will be the only thing that will deter this type of behavior. The PBA (Police Union) should also incur millions in fines for every incident.