OpEd: The NYPD Slave Catching Tactics Give Reason to Create a New Way To Hold Police Accountable for Their Violations Against Black New Yorkers 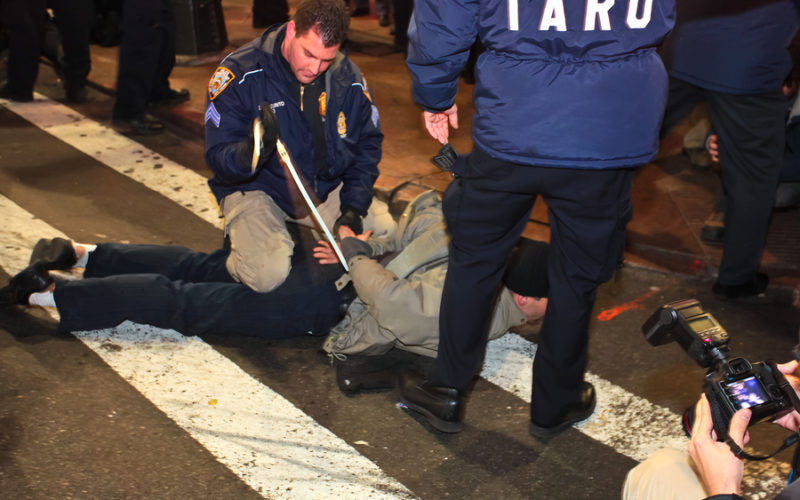 In yesterday’s one on on interview, on VOICES of East New York, (see the full interview below) with a representative of the Campaign for an Elected Civilian Review Board, reference was made to how the NYPD use tactics taken directly from the days of Slave-Catching. When you look at how the NYPD “police” New Yorkers of color, while “protecting” white New Yorkers, you can see the slave catching mentality at work.

If you are a black boy, man, girl or woman, police are too comfortable asking us questions in an attempt to get us to pull out our “papers”. Sounds familiar? During slave catching days you had to pull out your papers to show you were free. Nothing has changed.  Whereas white New Yorkers get a smile and an “is everything ok”. This is why white folks have no problem literally spitting in the face of a police officer. They know they will not get shot, slapped or cursed at. They might not even get a ticket.

A white woman on my block in liberal Clinton Hill asked me what can “we” do about racism? Really? What can “we” do about racism?  I told her to tell her friends and family to stop being racist. What else can I tell her? The problem is your white friends don’t know that they themselves are racist. If your white friends think Trump is good in any way then you have your answer right there, that person is in fact a racist because Trump stands for racism.  That is his entire platform. Let’s be clear. Some of us have white friends who claim to be liberal and in support of the black cause but they like Trump. Really? You can’t be racist sometimes. Either you are or you aren’t.

Don’t get me wrong I’ve actually heard black “brothers” say “hey Trump’s not bad, he speaks what’s on his mind”. This is the hatred of yourself that the media has banged into your head over the years. For a black person to think Trump does anything that is good for black people is total insanity and sad. I feel sorry for you and your children, if you have any.

Let’s take a look at the media and how it hurts us everyday right here in NYC with Cuomo’s daily rants. Count how many time this man combines “black, minorities and poor” as if they are all one in the same. These words are powerful. He’s telling the world on national television everyday that “blacks, minority and poor” are synonymous. Is he doing it on purpose? I don’t know but I would have thought one of his black “friends” would have pulled his coat on this by now. Have you ever heard him say “minorities, poor, Jews” or “minorities poor Italians” or “minority, poor, Russians”?  But guess what people there are poor Jews, Russians, Italians, African Americans, Caribbeans, etc….

We have to call out everyone who says anything that is racist, on any level. Don’t be scared of telling Cuomo that he’s speaking racist language. If you sit in these city agency and Corporate meetings as a black person but afraid to call racism out then YOU are part of the problem. Stop being scared. Be strong for your children and grandchildren.

Enough said…..for now. Watch the video below to find out about the Campaign for an Elected Civilian Review Board. Don’t let this board get created without your input. At one point during the interview the representative hits it on the head when she says the police use slave catching tactics to police black people. No time to be scared and no time for tears. This is the time for strength, strategy and thought.

If you want to ask me a question personally, feel free to email me at vjones@jig.media.  Especially young people. Understand the media and its power, understand racism when you see or hear it and understand the part you play in making people respect you.