Beverly Tatham, Candidate For Civil Court Judge Wants To Remind You To Flip Your Ballot! 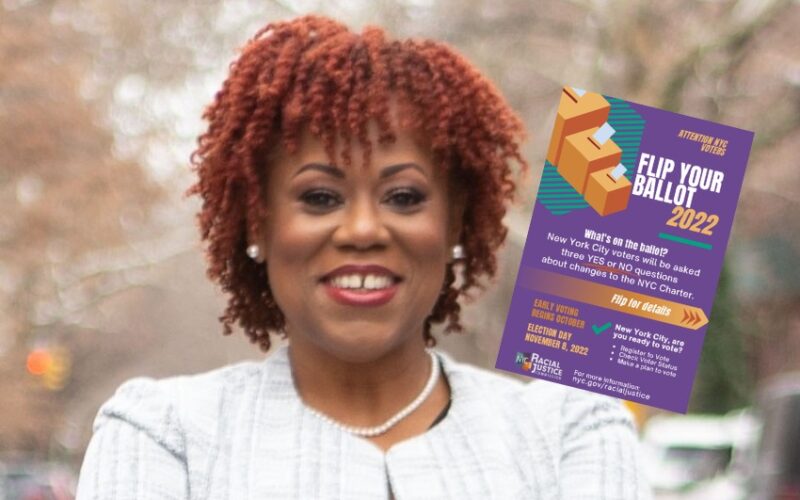 I want to remind everyone that Early Voting starts on Saturday, October 29th and Election Day is Tuesday, November 8th. Voters across New York State will be asked to make their choice to elect candidates to several offices including the next Governor, United States Senator, Member of Congress, Attorney General, State Comptroller, Members of the New York State Senate and Assembly, and several judges who will sit on the Supreme or Civil Court.

I am running to serve as your next Civil Court Judge in Brooklyn’s 7th Municipal Court District (East New York, Brownsville, Starrett City, Bushwick and Cypress Hills), to serve the community where I live and was raised. You can learn more about me and my campaign by visiting: tathamforjudge.com.

In addition, voters will also be asked to weigh in on four proposals – one statewide and three that are specific to the New York City Charter that are designed to make our state and city cleaner and more equitable for all of us. To maximize the power of your vote, remember to FLIP YOUR BALLOT to vote for every seat and every proposal on the front and the back of your ballot.

You can learn more about the ballot proposals by visiting:  https://www.elections.ny.gov/2022BallotProposal.html for the statewide proposal, and: https://racialjustice.cityofnewyork.us/ballot/ for the Citywide ballot proposal questions.

If you live in East New York, Starrett City, Brownsville, Cypress Hills or Bushwick, to maximize the power of your vote, remember to FLIP YOUR BALLOT to vote for every seat, including weighing in on your choice for Civil Court Judge in Brooklyn’s 7th Municipal Court District, and the four proposals on the front and a back of your ballot.

MAKE A PLAN TO VOTE:  Make sure to check out a copy of your sample ballot, find your poll site, and to get information about Early Voting sites and hours of operation. To do so you can visit: https://vote.nyc/page/find-your-poll-site.

Lastly, help inform your community by building your voting squad by texting three friends and sharing this information asking them to make their plan to vote with you. Whether you vote early, or on Election Day, don’t forget to FLIP YOUR BALLOT! 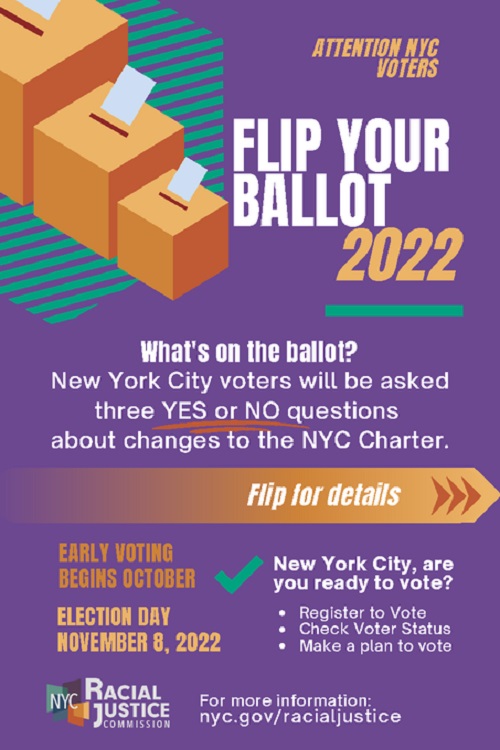