Pandemic Adds to Challenge of Caring for Loved One With Dementia 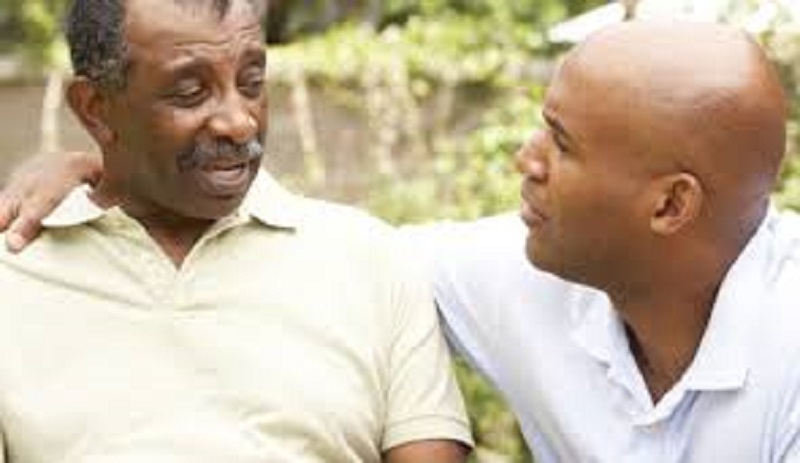 Before the COVID-19 outbreak, Annette Adams-Brown’s 87-year-old mother was an avid follower of TV news. Now Adams-Brown has to channel-surf for a less stressful pastime.

Her mother, Bertha, has dementia, and each time she hears the news about a terrible disease spreading through the country, it’s like she is hearing it for the first time.

“It produces a lot of anxiety,” said Adams-Brown, who lives with her mother in an apartment complex for older adults in Syracuse, N.Y.

“So now she watches a lot of ‘Family Feud,'” Adams-Brown said. “It’s good for her, because she tries to answer the questions.” She paused before adding good-naturedly, “It does get a little repetitive.”

Adams-Brown belongs to a legion of family caregivers nationwide. That includes more than 16 million Americans who provide care to someone with Alzheimer’s or another form of dementia, according to the Alzheimer’s Association.

Now, with most of the country under stay-at-home orders — and elderly adults especially vulnerable to severe COVID-19 — family caregivers face new challenges.

Some may be missing the visits from relatives and friends that eased their workload or brightened their day. Others may be left without the adult daycare centers or respite care that provided them with periods of relief from their duties, according to Beth Kallmyer, vice-president of care and support for the Alzheimer’s Association.

One piece of advice she gave echoes what Adams-Brown is already doing: “Limit the news, and try to find activities you enjoy to fill the time,” Kallmyer said.

Adams-Brown tries to make mealtime special. Sometimes, she pretends she’s hosting a cooking show. Then, when she and her mother sit down to eat, they take plenty of time for conversation.

“We talk a lot,” Adams-Brown said. “It seems to be sparking stories about when she was young.”

She has also been bringing out old photographs and asking her mother to help sort them. Adams-Brown said that Bertha — who always looked put-together, even to check the mailbox — reacts to the photos with declarations like, “Oh boy, I was a spiffy-looking thing!”

The telephone has become something of a lifeline — keeping the pair connected to family members and friends. The pastor of Bertha’s church calls, and they even do Bible study via phone.

Meanwhile, the Alzheimer’s Association has moved its usual in-person caregiver support groups to phone and video-conferencing.

“Being able to connect with other caregivers is important,” Kallmyer said, in part, because when they talk about the challenges they face, they “get creative” about solutions.

Family members who are not primary caregivers have a challenge of their own — namely, being unable to visit.

They can, however, still help out. Kallmyer suggested families organize a conference call to plan — deciding, for example, who will drop off groceries and prescriptions.

“They should also plan for what will happen if the primary caregiver gets sick,” Kallmyer said. If a family needs assistance with that, she noted, they can call the Alzheimer’s Association’s helpline (800-272-3900).

There are also many families separated from their loved one in a nursing home or assisted living facility. With the coronavirus sweeping through several U.S. facilities so far, visitor restrictions are critical to protecting those vulnerable residents, Kallmyer said.

But just like hospitals, many long-term care centers are using phones, FaceTime and Skype to help families not only stay informed, but maintain a sense of connection.

Dr. William Dale, a geriatrician at City of Hope, a medical center in Duarte, Calif., said, “Social connections are not just a luxury. They’re part of what it means to be healthy.”

For people with dementia, however, communicating via technology — even with staff assistance — can present challenges, according to Dale. It’s important to be patient, he said, and be prepared to repeat the answer to the same question as many times as necessary. And on video, remember that your facial expression matters.

“Try to be as calm and pleasant as you can,” Dale said.

And since many elderly people also have impaired hearing, look straight at the camera and speak slowly and clearly, he added.

Even someone in the later stages of dementia may benefit from family phone calls, according to Kallmyer. “Just hearing your voice may be soothing,” she said.

Adams-Brown said she feels “honored” to be able to care for her mother at home, and that this difficult time has its bright spots. One day when she was taking her mother for a walk around the building, another resident came out to the apartment balcony to have a conversation from afar. Soon others appeared on their balconies to join in.

And on a recent snowy day in upstate New York, Adams-Brown built a snowman for residents to enjoy from their windows.

“I think you should see the blessings in everything,” she said. “In this case, we’re all doing what we can to help each other.”

For information on Home Care in New York City Go to NYforSeniors.com/HomeCare

Next PostSimple Tips on Getting A NYC Affordable Lottery Apartment