Home Features OpEd: Suing NYPD Officers Personally and Their Police Union for Violating Rights of Citizens Is The Change We Need
FeaturesPolitics 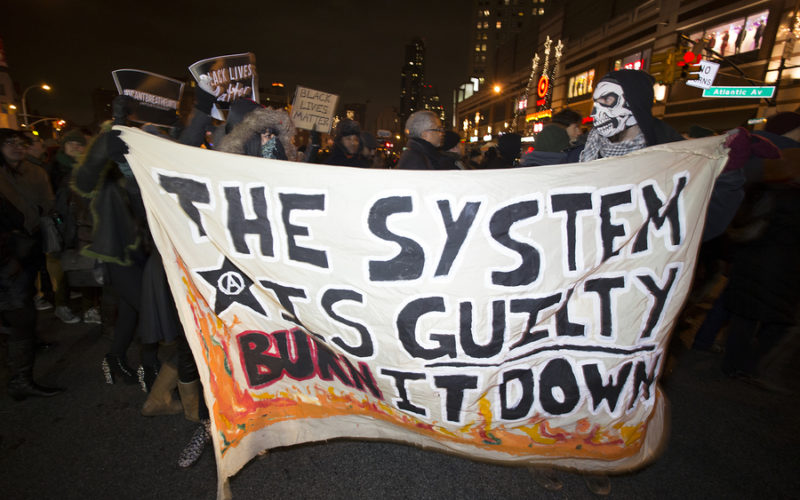 Let me start by saying I am not an attorney but I believe I have common sense, just like the majority of black people in New York City.

Police Officers continue to violate the rights of black people in many ways,  even to the point of murder. As we all know, this is happening around the country, with New York City being one of the biggest culprits in the violation of civil rights and people’s rights, in general.

Police continue to violate because they are rarely disciplined on any level. The Mayor and Governor can talk all they want about how bad this is, but they will never truly side against the police in a way that is meaningful. I don’t remember deBlasio or Cuomo ever asking for an officer to be arrested, have you?  Talk is very cheap.  What’s not cheap is hitting people in the pockets. If cops of the NYPD and the Police Union are hit with lawsuits, fines, firings and prison then we will absolutely see change.

If I missed anything please add to this list and let’s ask candidates where they stand on these issues.

While we are being distracted by garbage, the Republicans are putting judges in place on all levels, including the Supreme Court, and the courts are the places where these issues are decided. You know, like when it was legal to own a slave and illegal for a slave to run away. Yeah, that was done in the courts people.

In other words we have to watch the people who have the power to nominate judges.  Want to know why Republicans are quiet although they know Trump is an idiot and a buffoon? It’s because they can deal with his incompetence and ignorance as long as he’s putting judges in place who will do their bidding.

So how do we get this done?

Start asking candidates now how they feel about this concept and let’s hear what they say.

The term that keeps people from winning lawsuits against police officers, personally, is “Qualified Immunity“, a legal doctrine in United States federal law that shields government officials from being sued for discretionary actions performed within their official capacity.

However, according to a recent article by USA Today, Legal immunity for police misconduct, under attack from left and right, may get Supreme Court review.  This movement is being made because of the brutal death of George Floyd.

People like to use the phrase “Stay Woke”, but are we really “Woke”?  We are distracted by reality TV shows, Trump’s incompetence, consuming products, and just overall nonsense.

The bottom line; hitting police officers in the pocket and having them truly face prison time will in fact lead to less killings at the hands of the police. Let’s all make it a point to bring this discussion to every person we know and let’s put political candidates on the spot by asking them how they feel about this concept.

What do you think?