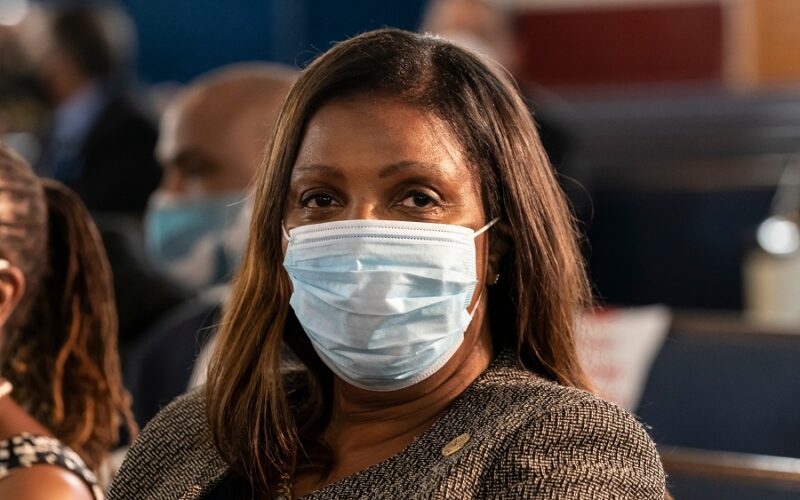 New York Attorney General Letitia James filed a lawsuit against Amazon over its failures to provide adequate health and safety measures for employees at the company’s New York facilities and Amazon’s retaliatory actions against multiple employees amidst the COVID-19 pandemic. In failing to maintain a safe work environment by reasonably protecting workers from the spread of COVID-19, Amazon violated New York State Labor Law. In addition, Amazon unlawfully fired and disciplined employees that objected to Amazon’s unsafe work conditions.

“While Amazon and its CEO made billions during this crisis, hardworking employees were forced to endure unsafe conditions and were retaliated against for rightfully voicing these concerns,” said Attorney General James. “Since the pandemic began, it is clear that Amazon has valued profit over people and has failed to ensure the health and safety of its workers. The workers who have powered this country and kept it going during the pandemic are the very workers who continue to be treated the worst. As we seek to hold Amazon accountable for its actions, my office remains dedicated to protecting New York workers from exploitation and unfair treatment in all forms.”

Attorney General James opened an investigation into Amazon in March 2020 following numerous complaints about the lack of precautions taken to protect employees in Amazon facilities as New York was ravaged by COVID-19. The investigation was later broadened to examine whether Amazon unlawfully fired or disciplined employees who reported these safety concerns. In particular, the investigation focused on two facilities with a combined workforce of more than 5,000 individuals –– JFK8, a fulfillment center on Staten Island, and DBK1, a distribution center in Queens. At the time of these complaints, New York City was the epicenter of the pandemic in the United States, and Staten Island had the highest per capita rate of COVID-19 diagnoses in New York City.

The Attorney General’s investigation uncovered evidence showing that Amazon’s health and safety response violated state law with respect to cleaning and disinfection protocols, contact tracing, and generally permitting employees to take necessary precautions to protect themselves from the risk of COVID-19 infection, among other things. For example, Amazon was notified of at least 250 employees at the Staten Island facility who had positive COVID-19 tests or diagnoses, with more than 90 of those individuals present in the facility within seven days of notification to Amazon. However, in all but seven of these instances, Amazon failed to close any portion of the facility after learning of the positive cases. Additionally, Amazon implemented an inadequate COVID-19 tracing program that failed to consistently identify workers who came into close contact with employees who tested positive for COVID-19. On occasions when a worker reported having close contact with a coworker with a positive COVID-19 test, Amazon dismissed the worker’s concerns and did not investigate or follow up on the reports.

The evidence gathered through the Attorney General’s investigation also demonstrates that Amazon unlawfully fired and disciplined workers who reported their concerns about Amazon’s compliance with these health and safety mandates, including Christian Smalls and Derrick Palmer. Smalls and Palmer both raised concerns about Amazon’s response to the COVID-19 pandemic to Amazon managers, made public complaints about Amazon’s practices through the media, and submitted complaints to at least one government agency. Amazon fired Smalls and issued Palmer a final written warning after they made these valid and reasonable complaints.

The lawsuit, filed in the Supreme Court of New York County, argues that Amazon’s actions are in violation of New York labor, whistleblower protection, and anti-retaliation laws. The suit seeks broad injunctive relief and damages, including:

This case is being handled by Labor Bureau Deputy Bureau Chief Julie Ulmet, General Labor Section Chief Seth Kupferberg, Assistant Attorneys General Jessica Agarwal, Jeremy Pfetsch, and Roya Aghanori, with assistance from Social Justice Coordinator Francisca Montaña — all under the supervision of Labor Bureau Chief Karen Cacace. The Labor Bureau is a part of the Division for Social Justice, which is led by Chief Deputy Attorney General for Social Justice Meghan Faux, and all under the supervision of First Deputy Attorney General Jennifer Levy.

Previous PostVIDEO: Creators of ‘Disabling Limitations’ Were Guests on this Episode of VOICES of ENY with Nikki Lucas