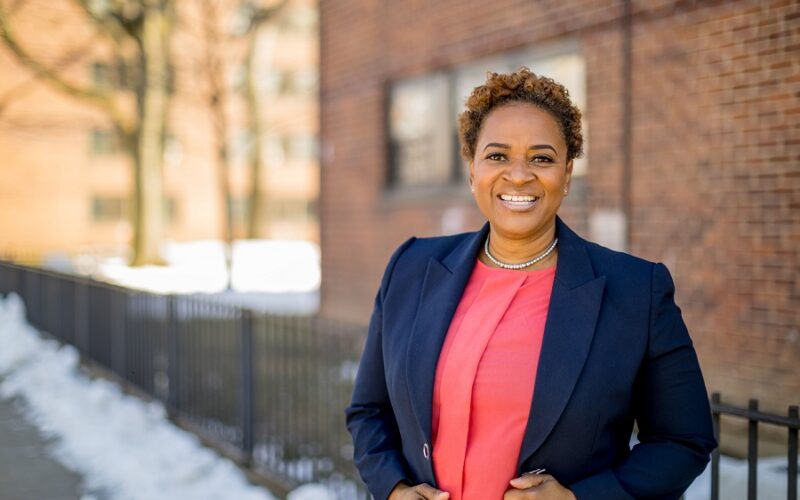 Nikki Lucas has secured the Democratic nomination to run for Brooklyn’s 60th Assembly District in a Feb. 15 special election.

The Assembly seat she is nominated for, which serves East New York, Starrett City, and parts of Canarsie and Brownsville, was left open when former Assemblymember Charles Barron won the race for the district’s City Council seat.

Members of the Democratic party’s county committee came together last Sunday to fill the nomination, voting for Lucas over contender Keron Alleyne, a former Barron staffer. A total of 167 county committee members voted, with Lucas winning 13,882.5 weighted votes to Alleyne’s 1,953.75.

Lucas, a longtime critic of Charles Barron and his wife, former Councilmember Inez Barron, told the County Committee that it was time to do things differently, adding that the Barron’s style of politics had done little to benefit East New York.

“I’m about creating partnerships and working together with other community members and elected officials,” Lucas said, adding she would work as a collaborator to serve the community.

The vote comes as a blow to the Barrons, who had long governed over East New York in some capacity, as the couple had backed Alleyne to succeed Charles Barron in the role. Alleyne signaled he would continue on, running an independent campaign against Lucas in the upcoming special election.

“We are pleased to have held a successful nominating meeting, and are confident that Nikki, as the Democratic Party candidate, will be a formidable contender in the special election.”

If Lucas wins the Assembly seat this would be the first time in decades that the Barrons would not control both seats (City Council and Assembly), giving East New York its first opportunity in years to have another voice when it comes to important issues that impact the lives of residents of East New York, Canarsie and Brownsville.  East New York continues to fall way behind the rest of the city when it comes to most issues, particularly homelessness, housing, safety and employment.

The Special Election for this seat will be held Feb. 15, 2022. Early Voting is from Saturday February 5 – Sunday February 13. Share the voting schedule with your friends, family and neighbors. Stay tuned for voting locations.