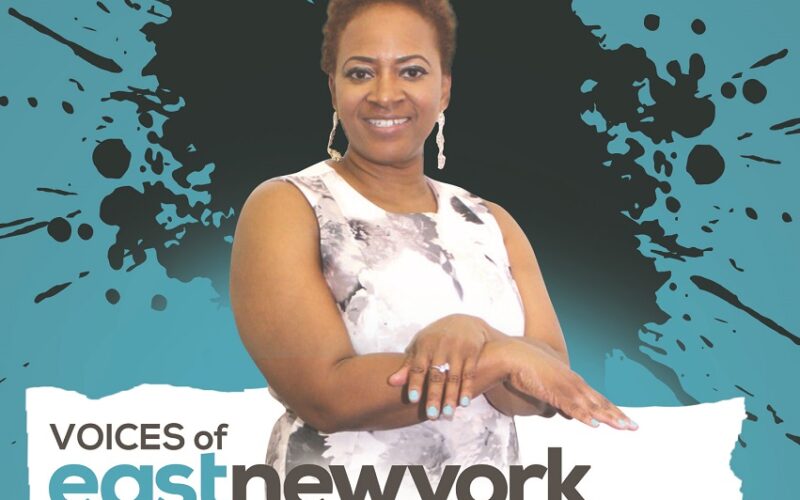 “We were able to bring a lot of resource information to the East New York community during 2020, which was our first year producing VOICES of East New York with Nikki Lucas”, stated Vernon Jones, CEO of JIG Media. “The East New York community was hit harder than most by the pandemic and we believe the show gave people an opportunity to stay connected to what’s happening in East New York and beyond. With a combined 60,000 people viewing the shows, either live or after the livestream, it tells us this initiative is a success.”

In 2021 VOICES of East New York with Nikki Lucas will expand community engagement by including the audience as on-screen guests to ask questions, comment and give their opinions about issues that impact their lives.

“We ended 2020 off with our final show that included the audience as on-screen guests, and it was very engaging and insightful”, stated Nikki Lucas, the host of VOICES of East New York. “The show’s name is VOICES of East New York, so we always wanted to bring community members on the show, giving them a chance to have their voices heard.  For the first year we had quite a few elected officials on the show as guests, which will not change, but the show will become more community-driven. The idea is to hear from members of the community as we look at 2021 as a year of change, with the community driving the change. Members of the community have great ideas and we want to give them a platform to create change.”

Lucas, who resides in Starrett City, and is a City Council candidate for East New York, is able to give incredible insight and behind the scenes information as a result of her years as a resident and advocate for East New York, particularly through her work with seniors, caregivers, healthcare professionals and educators.

“Nikki is a natural at hosting the show”, stated Jones.  “It’s easy to work with her because she’s real and not what you would expect in a typical host. There’s nothing phony about her. She asks guests hard questions with one goal in mind, and that’s to get the information to the audience. Not everyone can host a show. She makes it look easy.”

The show’s audience is 70% from East New York, Brownsville and Canarsie, with the rest coming from just about every other part of New York City. The show has proven to appeal to a national audience, with 5% of viewers coming from as far away as Atlanta, Philadelphia, Virginia and Chicago.

Jones added, “It has been amazing so far and we expect 2021 to increase tenfold in terms of audience size and reach. People have asked us to put the show on television but in the long run we will reach more people online than on television. Everyone is online and sharing our content. We are where we want to be. Television continues to diminish and digital continues to grow. Besides, we are a digital company.” 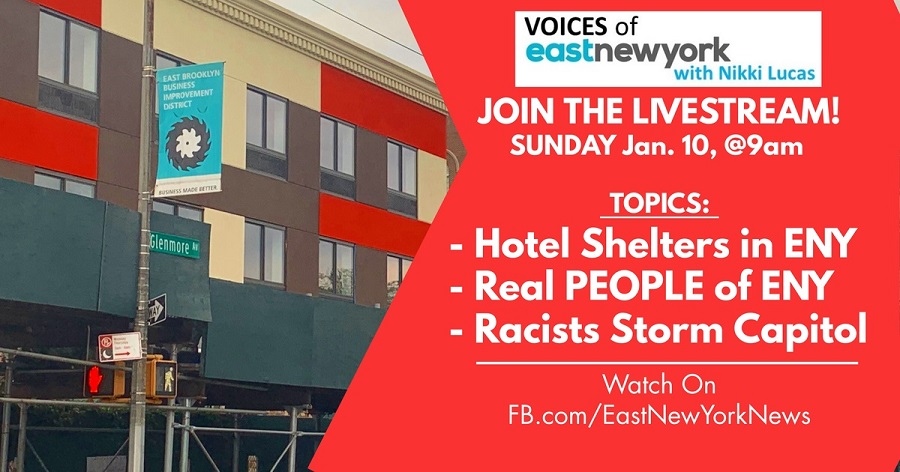 If you want to join the livestream discussion, make comments or voice your opinion then you can tune in at Facebook.com/EastNewYorkNews. If you do not have Facebook you can watch the show live without joining the discussion on the homepage of EastNewYork.com.

If you know someone from East New York or surrounding neighborhoods that you believe would be a good guest for the show you can Suggest A Guest here.

To watch past episodes go to VoicesofEastNewYork.com

Next PostBrooklyn Army Terminal Added As A Mass COVID-19 Vaccine Site, Along With Clinics in Ft Greene and Crown Heights