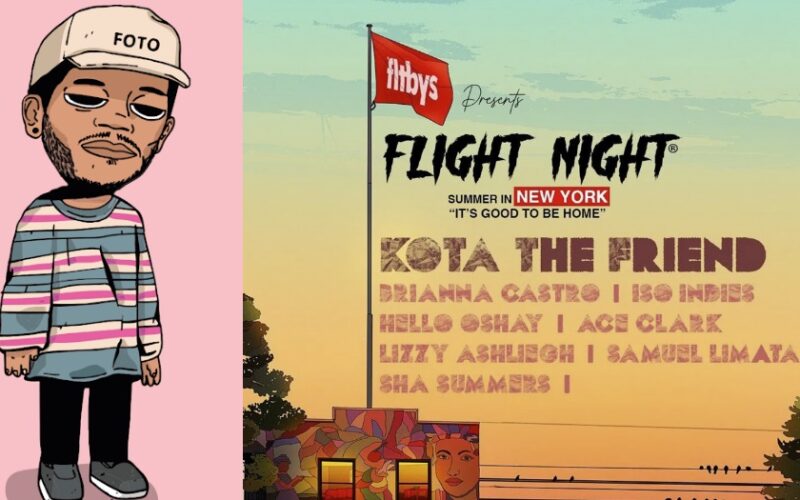 Kota the Friend has since turned Flight Night into a global music festival, with stops in LA, Chicago, NYC, Denver, Harrisburg PA, Paris, London, Australia, New Zealand, and Berlin. Flight Night still gives local artists a chance to shine, with artists from each location opening for Kota the Friend in their hometown. Flight Night (LA) sold out earlier in the year, with Flight Night Chicago on the verge of selling out its April 29 show at The Metro.

GET TICKETS TO FLIGHT NIGHT (NYC)