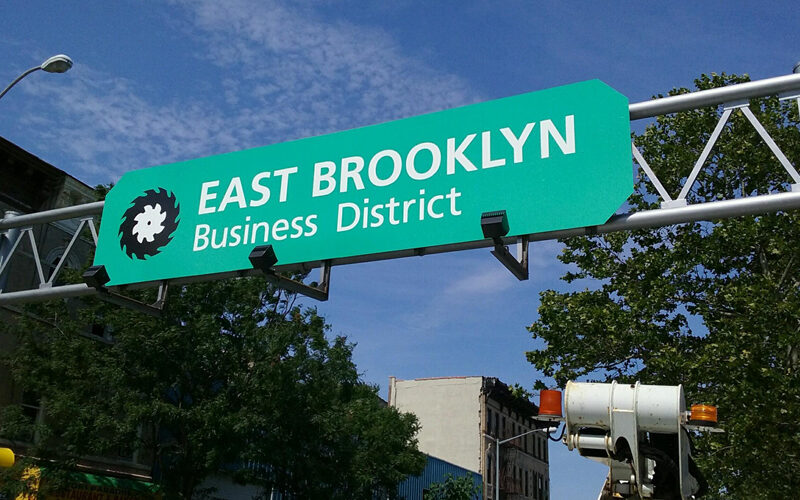 In 2016, the mayor and city officials committed to doubling the manufacturing capacity of the East New York Industrial Business Zone, which they say would help create 3,900 local jobs there. But five years later, neighborhood leaders say the area has stagnated.

Legion Lighting’s 40,000-square-foot warehouse on Glenmore Avenue is now on the market, with owner Michael Bellovin fielding offers for around $11 million as he plans a reluctant move to Patchogue.

“It’s a common story with multi-generational businesses: The property becomes more valuable than the business,” said Bellovin, whose father Sheldon co-founded the Local Development Corporation (LDC) of East New York, a group that coordinates business training and development in the IBZ. “The offers on the building are significant enough to catch the attention of the rest of the family members that own the property.”

The move will be a blow for the East New York IBZ, a transit-rich 57-block span bounded by Atlantic Avenue to the north and Sutter Avenue to the south, with Sheffield Avenue and Powell Street forming the rough east-west edges. The IBZ continues for about six blocks south along Van Sinderen Avenue. The area was supposed to experience a boom in the wake of a nearby neighborhood-level rezoning in 2016, Mayor Bill de Blasio said at the time. After sealing approval for the controversial land use plan, de Blasio and city officials introduced an additional round of commitments intended to double manufacturing capacity, add 3,900 jobs to the IBZ and “keep East New York at the forefront of our industrial economy for generations to come.”

This article was republished from City Limits, an independent, investigative news source.