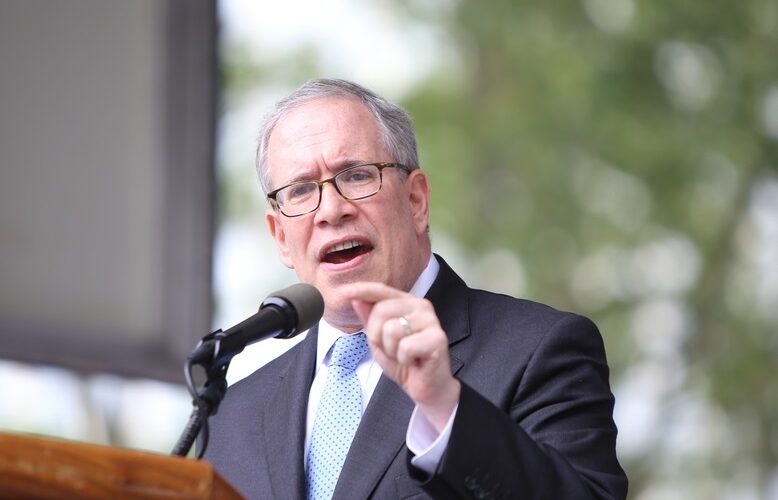 Stringer’s housing plan “Housing is a Right, Not a Privilege” is the third release of his mayoral agenda entitled “The Details to Deliver” — specific, actionable plans to set New York City on a fundamentally new trajectory and build a city for every New Yorker. Stringer’s mayoral agenda builds on his decades of public services and unmatched record of fighting for tenants’ rights — from his start as a housing organizer of Mitchell-Lama tenants, to being one of a handful of legislators in Albany to stand up to powerful real estate interests and vote against major rent regulation rollbacks including vacancy decontrol, to his analysis and vocal opposition to the current Administration’s failed housing approach which has fueled displacement across the city.

New York City Comptroller Scott M. Stringer said: “New York City’s housing and homelessness crisis has been decades in the making. What’s been missing is the leadership, experience and vision to tackle the crisis, head-on. That ends the day I’m sworn in at City Hall. As mayor, I will launch a sweeping program for Universal Affordable Housing that will fundamentally change the paradigm of this City’s housing plan to build affordability into every zip-code. My housing plan will harness the thousands of city-owned vacant lots — opportunities hidden in plain sight — and build tens of thousands of new 100% permanent affordable housing units for the lowest-income New Yorkers in partnership with a new City Land Bank. My detailed and comprehensive proposal will create affordable housing in every corner of the city, fight homelessness, protect NYCHA tenants, and make the dream of homeownership a reality for more of our working families. Let’s be bold and creative while standing on the side of tenants and homeowners — not the real estate lobby — and do what generations of New Yorkers have done before: build the housing we need.”

State Senator Gustavo Rivera said: “For too long, developers and speculators have run this City’s housing program and hurt communities of color on the frontlines of our housing crisis. Scott’s approach to universal affordability will lift up every neighborhood, and return power to communities to build the housing we need, end homelessness, and expand opportunity.”

Jennifer Jones-Austin, CEO and Executive Director of Federation of Protestant Welfare Agencies (FPWA), said: “Scott Stringer’s vision for housing rightly treats homelessness and housing not as siloed issues, but as one and the same. The plan he has put forward to ensure affordable housing for all New Yorkers has the real potential to be a breakthrough and uplift low-income families and those New Yorkers living on the brink of homelessness.”

Chris Banks, community and housing advocate in East New York, said: “Scott Stringer has always been a fighter for truly affordable housing. From standing against sweeping rezonings in communities of color, to working with NYCHA residents to resolve complaints and keep public housing public, to advocating for aspiring homeowners, Scott has always been there to deliver for East New York and communities across the five boroughs. He’ll bring that vision and experience into City Hall to fight for communities of color on the frontlines of our gentrification and displacement crisis and keep our neighborhoods affordable for generations.”

Aaron Carr, housing activist, said: “For decades, New York City has tried to separate housing from homelessness—but they are one and the same. Scott’s plan recognizes that in order to solve our homelessness crisis, we must solve our housing crisis. This plan will serve as a template for cities across the country, and is a tremendous step forward in ensuring that every New Yorker is housed.”

Part I: Turning the corner on COVID

Our economy cannot be fully restored until New Yorkers feel secure in their homes. Scott has a near-term plan to help renters stay in their homes — by extending the eviction moratorium until the economy is moving again, by offering rental vouchers to those most in need and increasing the value of current vouchers to meet market conditions, and by offering free legal counsel to keep people in their homes. At the same time, we need to help small landlords stay solvent, while also converting vacant commercial properties into new shelters, as well as affordable and supportive housing.

Part II: Invest in a new generation of social housing

Invest in a new generation of social housing that is protected from the market’s long-term upward rise. Scott will end wasteful tax breaks to big developers, leverage the city’s trove of some 3,000 vacant lots, and Create a NYC Land Bank and partner with community land trusts to build housing New Yorkers need.

Part IV: Reform NYCHA and secure the funding it needs

Reform NYCHA and secure the funding it needs to protect one of New York City’s most important sources of deeply-affordable units and keep public housing public. Scott will democratize NYCHA for its residents, redirect hundreds of millions to emergency repairs, and overhaul tracking and maintenance to improve operations and fight waste. Our City cannot afford to wait for Washington to realize the importance of public housing.

Make every neighborhood more affordable for every New Yorker by requiring all big developments to set aside 25% of all units as affordable under his Universal Affordable Housing proposal, and creating an independent Long-Term Planning Office to work with communities and drive affordability in every corner of the city. Scott will end the de Blasio Administration’s developer-driven rezonings of low income communities, investing in permanent solutions to inequity —not band-aids—and give tenants the tools they need to assert their rights.

For too long we have approached homelessness and housing as separate problems. Scott has a plan to end this siloed approach and finally tackle homelessness — by expanding our supportive housing network by an additional 30,000 beds over the next 10 years; opening up more low-barrier, Safe Haven beds and offering housing vouchers for those living on the streets; and investing in programs to prevent domestic violence, which is now the leading cause of homelessness in the city.

Scott’s plan will help first-time homeowners with down payments, give tenants a legal right to buy their buildings when they go up for sale, reform taxes and fees, and allow homeowners to build small rental units—known as accessory dwelling units—to earn the extra income that comes from a rental.

To read the full Stringer agenda on housing and homelessness, click here.