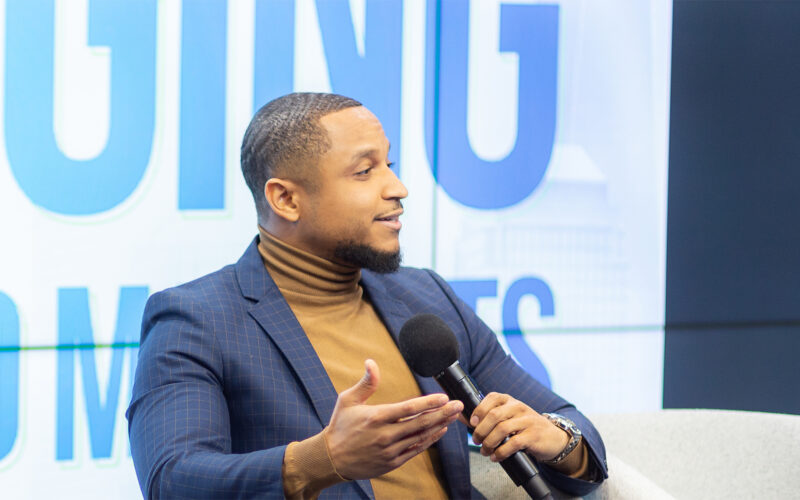 According to the National Low Income Housing Coalition, the U.S. has a shortage of 7 million affordable apartments, which has been exacerbated by the economic fallout from COVID-19. To address this national crisis, Vernon created EquityCoin as a vehicle to galvanize communities of color to invest in local affordable housing projects cooperatively.

More than just a digital token, EquityCoin adds civility to wealth-building. In fact, the creation of EquityCoin was inspired after Vernon saw the challenges of homelessness firsthand while renting one of his available units in East New York, Brooklyn, NY. to a single mother living in a shelter.

“Once I handed her the keys to the apartment, she wept with tears full of joy. That feeling of fulfillment was inexplicable; and it was at that moment I knew my purpose was to offer a helping hand to thousands of other families in need,” says Vernon.

Vernon’s current building in East New York is a small example of how homelessness in East New York can be eradicated. Whereas other landlords might not be too keen on renting to people with Section 8 or CityFhelps vouchers, Vernon’s building, which is kept clean and updated, is rented 100% to tenants who have Section 8 and Fheps.  Many people are not familiar with Fheps, but it is a city program that transitions people from homeless shelters to permanent housing. The commercial unit in his building is rented to a black owned small business. If this venture allows him to duplicate his current building in East New York, then it can perhaps put a dent in the homeless crisis that the neighborhood is facing.

Vernon added, “I saw first hand, when I was very young working for real estate brokers in East New York, how they used predatory practices in purchasing, selling and renting properties. I knew then that I had to venture out on my own to become a buyer in order for me to rent to people who really needed affordable and permanent housing. That’s when I struggled for a few years to get everything together to purchase my first building in East New York. The struggle and hardships were worth it.  It’s extra special because my father grew up in Brownsville and East New York and he’s always proud to let people know that fact.”

Vernon plans to democratize real estate investing for everyday millennials by reducing barriers to entry such as high investment minimums and significant net worth requirements. At the same time, he seeks to provide quality housing within America’s opportunity zones. Each EquityCoin Token (EQTY) represents a fraction of ownership in the company’s growing portfolio of properties.

“The integration and application of Blockchain technology within the real estate funding sector is the solution to reducing America’s racial wealth gap, which has more than doubled in the last four decades. Through the fractionalization and tokenization of assets, Blockchain technology reduces the minimum investment size, which opens new opportunities previously inaccessible to most Americans. EquityCoin will champion a new sharing equity economy by giving community members the opportunity to own fractions of income-producing properties in the cities that they actually live in,” says Vernon.

Beatriz Durant, EquityCoin, Inc.’s Director of Community Management and Leader in Energy and Environmental Design, speaks further on the essential programming that will lead the way to a better tomorrow.

“By marrying Blockchain technology and affordable housing, it is our hope to revitalize urban areas from coast to coast, building a more healthy, livable, and sustainable society.”