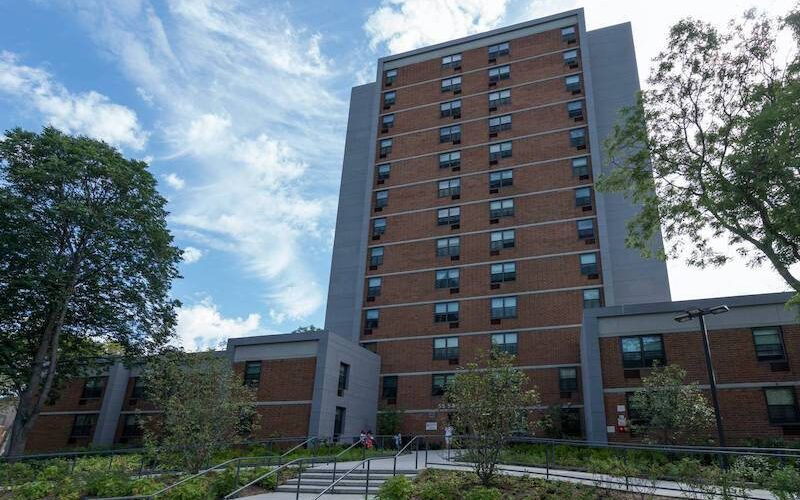 This article originally appeared on Kings County Politics. and was provided to us as a courtesy. Thanks to Kings County Politics for covering this story and allowing us to use it as we look to educate our readers on RAD and how it is an attempt by private developers to get its hands on the largest portfolio of real estate in New York City, NYCHA.

City Council candidates in both Brooklyn and Manhattan have joined forces to shoot down two programs the city is pursuing to expedite much-needed repairs and pump more money into the cash-strapped New York City Housing Authority (NYCHA).

But several elected officials say the programs are much-needed and present opportunities to decentralize NYCHA.

The programs in question include the federal Rental Assistance Demonstration (RAD) program, and the city’s Permanent Affordability Commitment Together (PACT) version, in NYCHA buildings while some city officials are sticking to their guns in defense of the programs.

RAD is a U.S. Department of Housing and Urban Development (HUD) administered program from 2011 that allows for private money and contracts for the development and rehabilitation of public housing.

“Housing has always been an issue, especially those that live in neighborhoods with a good amount of NYCHA developments. The issues of NYCHA are blatantly being ignored, and the agenda by the local administration to privatize NYCHA keeps pushing forward. All it’s doing is displacing more and more people. Especially during COVID,” said Beckford.

Echevarría, who grew up in public housing, said that firstly any major decisions should be halted until the president-elect chooses a new HUD Secretary to replace Ben Carson.

“HUD considers NYCHA to be in a state of default or non-compliance with its contractual obligations, the RAD conversion has nothing to do with that. They are just managerial, ownership transfer of developments. I’m disturbed that [Mayor Bill de] Blasio is expediting these conversions now before a new administration takes office,” said Echevarría.

Echevarría said that the RAD conversions can lead to privatization because it opens up Section 8 subsidies that developers then use for financing which they can’t do in the current model. Developers, said Echevarría, in the private market option could end up prioritizing high-earning Section 8 tenants.

Echevarría said he understands that RAD is a quicker fix to the immediate problem of repairs and renovations but there needs to be a better source of housing for all lower-income households.

“RAD conversions are a shortsighted privatization scheme that would have NYCHA tenants living within construction sites, breathing in all that dust, paint, and whatever else kicks up,” said Cambranes, adding that, “It’s a proven eviction-machine, and while tenants may enjoy new kitchen upgrades, their rights and protections will deteriorate just as their buildings have for so long.”

Many city officials have long supported the implementation of RAD and PACT housing programs.

Last year, the city council’s Black, Latino and Asian Caucus (BLAC) along with Teamsters Local 237 organized a trip to the Cambridge Housing Authority (CHA) to review the implementation in Massachusetts.

City Councilmember Alicka Ampry-Samuel (D-Brownsville, East Flatbush, Bedford-Stuyvesant, Crown Heights), who was on that trip and is chair of the Council’s Public Housing Committee, said while there may be some problems with Rad it can also be a worthy solution to NYCHA’s woes.

“There’s not one solution to this huge problem we have and although RAD can be problematic, this is something that [former President Barack] Obama implemented in 2011. And if you say no to RAD, you say no to residents who want it,” said Ampry-Samuel, who also grew up in NYCHA housing.

Ampry-Samuel oversees 27 NYCHA developments in her district, and maintains that surveyed residents want the RAD program. She pointed out that Saratoga Square, at 55 Saratoga Avenue, was one of the Triborough Pilot Project deals.

“I am a big supporter and believer in decentralizing NYCHA, and I think that public housing should be decided locally,” said Ampry-Samuel.

She added that general privatization of public housing is indeed “dangerous” when corporations only care for money and not the people they house. “Residents can be management companies, a non-profit developer is still a private structure,” said Ampry-Samuel about true ownership.

“For public housing to work for the people, the federal government needs to be prepared to spend the money to keep homes safe and up to code. Ultimately, the only sustainable solution to our problems remains providing the requisite funding. This is an emergency. We need to pass Rep. [Nydia] Velazquez’s Public Housing Emergency Response Act to close the funding gap or we will continue to toil on these half measures,” said Clarke.

In February, NYCHA finalized its seventh transaction, a $370 million deal, for comprehensive renovations to more than 6,300 Brooklyn resident homes.

NYCHA Chairman and CEO Greg Russ, in a November press release, said “The PACT program is an essential component of the Authority’s long-term vision for delivering better services to our residents. We are especially interested in building relationships with a wider roster of small-scale and large-scale developers, property managers, general contractors, and social service providers to partner with on our forthcoming conversions.”