Young Mother Shackled During Labor By 75th Precinct Officers Gets $750,000 In Settlement With NYPD 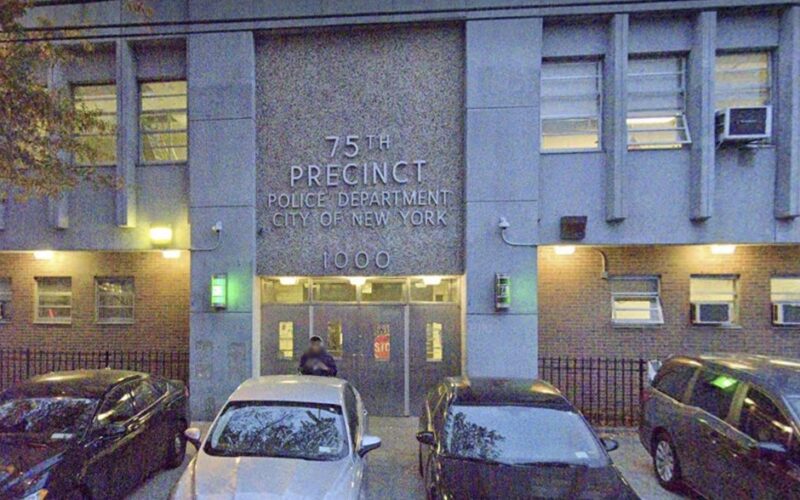 This article is provided courtesy of our friends at BK Reader.

A woman who was arrested when she was 40 weeks and two days pregnant and shackled during her labor and after her son’s delivery has reached a $750,000 settlement with the NYPD.

The 22-year-old African American woman, who chose to remain anonymous in the lawsuit she filed against the City, NYPD and select officers, was 40 weeks and two pregnant when NYPD officers from Brooklyn’s 75th Precinct arrested her on a 13-month old charge that was later dismissed, the lawsuit states. The arrest occurred in December, 2018.

After experiencing contractions in a holding cell at the 75th Precinct, officers, who were allegedly having a holiday party at the precinct, took her to Kings County Hospital in an ambulance where she was handcuffed to the gurney and remained handcuffed through her labor, until she was given an epidural.

The new mother was terrified for herself and her baby, and feared she would deliver the baby in the precinct without any medical help, the lawsuit, filed in October 2020, states.

“She feared that after she gave birth, the NYPD would take her baby away. She desperately wanted her family and her partner’s family to be present for the birth of her son, at her chosen hospital, consistent with her birth plan.”

According to the lawsuit, filed by The Legal Aid Society and Emery Celli Brinckerhoff Abady Ward & Maazel LLP, the new mother had to remain in physical restraints for the next day and a half, often with one arm and one leg each separately shackled to the hospital bed.

“Shortly after she gave birth, NYPD officers again shackled Jane Doe to the bed, ignoring the nurses’ continued requests to leave her unrestrained,” the lawsuit alleges, adding her baby had to be transferred to Neonatal Intensive Care Unit due to distress and jaundice.

The new mother struggled to feed her baby with one arm and move safely about, and she was forced to remain in shackles until she was arraigned the following day as she tried to recover from the birth, address problematic blood clotting by walking around and care for her son, the lawsuit alleges.

The woman filed the lawsuit against the city of New York, the NYPD and several officers in October, 2020. She sought damages for emotional distress and violation of her civil rights, amongst other things.

“This is a civil rights case about the egregious failure of the NYPD to protect the health, safety, and dignity of a woman at one of the most important and vulnerable moments in her life,” the lawsuit alleges.

On Wednesday, an Eastern District of New York judge approved the $750,000 settlement. The settlement says it is not an admission by the city, NYPD and officers that the woman’s rights were violated.

In a press release, The Legal Aid Society said medical experts and correctional experts unanimously agree that pregnant women should not be shackled by law enforcement absent the most extraordinary circumstances.

“Such extraordinary circumstances are limited to situations where a woman poses a significant risk of injury to herself or others that cannot be addressed by less restrictive means.”

In 2020, the NYPD issued revised Patrol Guide policies limiting the circumstances when restraints should be applied to pregnant women prior to arraignment. “Unfortunately, the NYPD’s revised policies are vague and remain inadequate, and do not do enough to prevent further instances of this barbaric practice,” The Legal Aid Society said in the release.

The Legal Aid Society Supervising Attorney of the Racial Justice Unit Anne Oredeko said shackling pregnant people was a dehumanizing and pointless practice that had no place in New York City.

“All New Yorkers should be appalled that the NYPD continues to fail people giving birth at one of the most important and vulnerable moments in their lives, and I am outraged at how this practice consistently targets out Black and Latinx women and people who give birth for treatment no one deserves,” she said.

“While we know that this settlement will not completely right the injustice that our client suffered, we hope that it will provide some sense of closure, allowing her and her son to move on with their lives.”

This article is provided courtesy of our friends at BK Reader.