Top Moments and Thoughts about The Donda Livestream 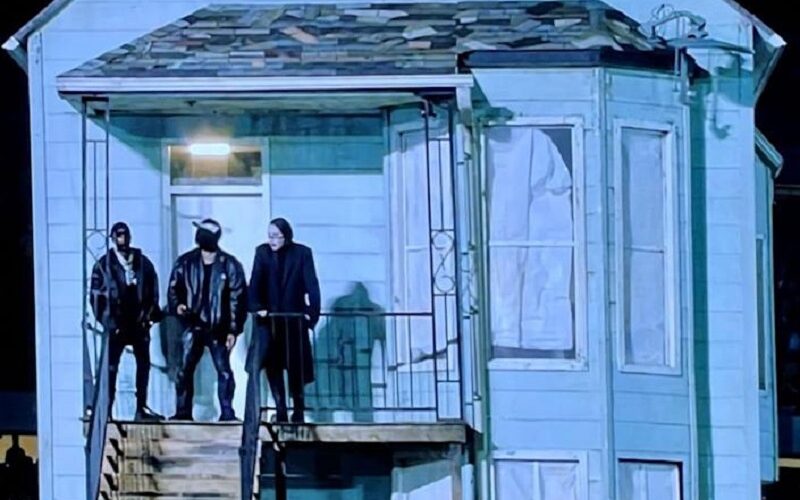 We’re still unsure if this album rollout for Donda was planned all along, or if Kanye is just winging it, but regardless this has to go down as one of the most innovative and unpredictable rollouts of all time. One thing about Ye that we’re sure you all know by now is, the man is not one to do the bare minimum. An artist of his stature can simply press upload and his album will likely go number one off the strength. Instead, the man has proven time and time again that he’s in it for the art, and creating moments for the fans.

The Donda rollout has stretched on for months now and it’s been a helluva ride. We’ve seen him lock away himself in solitary confinement, float in mid-air and tease us with music time and time again. Last night’s listening party was another step in that journey. Here’s our first impression of what went down.

.@DaBabyDaBaby and @marilynmanson are in the house at the #DONDA listening party @kanyewest pic.twitter.com/NYVXpn5daU

Don’t get me wrong, Jesus is King was a fantastic Gospel album that earned Ye a well deserved Grammy. While we’re proud of the journey he’s undergone, we were hoping that the Donda had some of the elements that made Kanye who he is today. The album has proven that Kanye is officially back and most importantly, he has something to say. Donda is a nice blend between the Gospel, and that classic Ye musicality. The man cares about this shit again. He has reached the mountaintop financially, but on a lot of his songs, his verses are hungrier than ever.

The visuals were insane

Kanye West needs to drop #DONDA ASAP so I can cry over this properly 😭 pic.twitter.com/W6yBorKcye

When we saw Kanye ascending into the heavens at the last listening party, we thought that was the climax to the rollout. It wasn’t. last night, the live stream kicked off with a single shot of his old childhood home surrounded by a heap of dirt as the crowd’s energy began to build. As the night went on, Ye surfaced out of the house with other collaborators and SUVs rolled around the premises along with random extras in all black. The house eventually began to look enflamed and out came Kanye once again, on fire from head to toe. Next came Ye bringing the family back together, as Kim walked through a sea of folks dressed in black, in her all white gown. We’re not sure if this means they’ve worked things out, but it made for a helluva climax.

DONDA through my eyes and lens pic.twitter.com/md4HR0D64f

Kanye’s Sunday Service days have helped him master the art of working with a choir, and it shows. After mainly sticking to Gospel standards in his previous work, Ye has increasingly experimented with new sounds and new ways to work traditional Gospel music into his own thing. Some of the best moments from the event last night were the combination of choir chants, heavenly visuals and heartfelt music. We have a feeling that Donda West would be proud of his newfound musical direction.

Kim Kardashian wearing the final look from Balenciaga Couture F/W 2021 by Demna Gvasalia tonight at the spectacle of the DONDA album by Kanye West pic.twitter.com/A94r2s03Dy

Let’s start with the features. Ye has always been the kind of guy to share the spotlight and let a feature anchor the song (Think Nicki Minaj’s Monster verse on MBDTF). On Donda, he pulls out some all time performances from his collaborators. Carti, Lil Baby, Da Baby, Don Tolliver and others all hold their own weight on this project. The standout verse was — Believe it or not — Fivio Foreign. The Brooklyn Drill rapper absolutely wrecks a verse that stretches well beyond 16 bars, and makes for a great moment on the project. We were upset that some previous features like The Lox and Hov seemingly didn’t make the cut though. The live stream itself brought together a curious cast of characters. Notably, Marilyn Manson was posted up vibing to Christian music, a sentence that I never thought I’d write. We’d be trippin if we didn’t mention that Lauryn sample too. For the record, Drake flipped the same Lauryn Hill first vocals for his track “Draft Day”, but Kanye did it justice as well.

Overall the Donda listening party was a moment for the culture and we’re sure that’s exactly what Ye wanted. Now please, for the love of God…drop the album Ye.