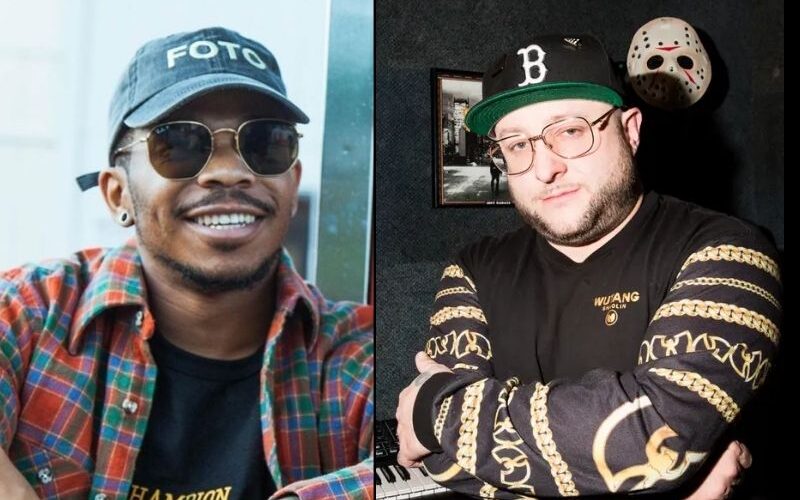 2021, for us, represented a year where a return to lyrical style was in fashion.  Jazz-based, soulful, and poetic writing were abundant, and we saw many old and new faces attack this style with great success. Our list does not consider the Deluxe version of albums and is not inclusive of EPs or Mixtapes.  Here are the Today’s Hip Hop 2021 Top Ten Rap Albums.

Releasing an album under the name of his alter ego, Lute’s second studio album is oozing with the golden touch of his label.  With features from label mates Cozz, Ari Lennox, and JID, and largely produced by J.Cole, Gold Mouf  is another example of Dreamville’s inability to ever miss.

In a year where lyrical hip-hop really fought to regain center stage, Lute’s offering did not disappoint.  Strong beat selection, an ear for hooks, and the expected introspective lyricism make Gold Mouf a great listen.  While Lute may lack the high-end potential of label mates like Bas, JID, Earthgang, and Cozz, he is always consistent, and this album was no different.

Through unique vocals, and effortless soundscapes, Haitian emcee Mach-Hommy reunited with Griselda and Westside Gunn with superb results.  Mach’s versatility and willingness to embrace different styles are more prominent than ever on this project, and it is clear he is an artist becoming more and more comfortable with vulnerable song writing.

Griselda, as a label, is notorious for impeccable production and post-production value, and Pray for Haiti is no different. As always, the instrumentation sets the stage for Hommy to thrive, and he takes full advantage.  Few projects this year are more cohesive, well-rounded, and representative of artistic growth.

Anytime Pro Era drops music, true hip hop heads are put on notice.  The problem is, for the most part, the crew has been relatively quiet – it’s been two years since Joey’s last album, and while Chuck Strangers, CJ Fly, and Powers Pleasant all put out music this year, it was Nyck Caution who caught most people’s attention with a somber, star-ridden project.

Caution’s debut solo album starts in a heartbreaking place, detailing the death of his father.  Anywhere but Here is true to its name, looking at bleakness and hardship through the thorough writing of Caution’s lyricism, often in a way that transcends space and time.  Features from collective mates Joey Bada$$ and CJ Fly, supplemented by strong guest verses from Kota the Friend and Denzel Curry only add to the depth and nuance of Caution’s strong offering.  The production is soulful, often bordering on the classic boom bap and jazz-based vibes which have always greatly appealed to Pro Era fans.

Favorite Tracks: How you Live it, Product of my Environment

Keem further progressed his rise to ascension with a highly successful debut studio album.  Obviously, drawing on features from Cousin Kendrick doesn’t hurt, but this album irrefutably stands on its own merit.  One of Baby Keem’s best features, and one this album showcases readily is the fact that no two songs sound alike.  Diverse production, vocal tendencies, and topics lead to a varied presentation of interesting songs, that, mesh very well.

The Melodic Blue was a monumental leap forward for the Las Vegas artist, as it displayed a song writing prowess, that has not always been apparent. Tackling difficult topics such as addiction, familial relationships, and the difficulties of maneuvering in a sexualized society.  This new-found side of Keem is what cemented him on our list and lead us to name him one of our top 5 breakout artists of 2021.

A true balance of early, inventive Tyler, and the warmer, deeper sounds of later records, for many, Call me if you Get Lost will be the rap album of the year. It is unconventional, playful, smart and insightful.  DJ Drama’s interludes function almost as a narration to the project, and gives a listener nostalgia for the mixtape era.

Tyler has always had fun using alter-egos and imagined characters to progress his writing, but in this project, it almost feels as if he is admitting they are fiction, or at least all different facets of what makes him who he is.  Perhaps it took an album with this kind of range to put all those pieces together like a puzzle.

Folarin II is a brilliant blend of up tempo, fun joints, and Wale’s trademark Go-go influenced.  The DMV rapper had been showing signs of reemergence, and Folarin II truly felt like a make-or-break project in an up and down career.  Wale has always showcased a masterful talent of moving rapidly through subject matters (even during a track), and the ability to shift moods, feel and subject, all while remaining unified is the ultimate result of this latest offering.

While the features are prominent, and the production is impeccable, Folarin II does an excellent job at maintaining Wale at the forefront of all songs, their shape, and their feel.  While Wale has long since (and often publicly) expressed disappointment regarding a lack of coverage from the mainstream music media, Folarin II was largely well received, and is hopefully a sign of more to come from one of raps most talented poets.

Hit-Boy’s superb production once again draws the curtains on Nas and his superb command of lyricism and mic presence.  The sequel to 2020 rebound album King’s Disease, the second iteration is set in a similar mode, but presents an even fuller sample of a classic Nas sound, and how he can translate it to the modern hip hop landscape.  Utilizing a producer from today’s sound and juxtaposing that with the vintage flow of the 90s produces a sound that is timeless, cohesive, and rich.  Nas showcases the skillset that has made him one of the most beloved rappers of all time but is not held down by Nostalgia.  This is a record that shows true progression, which is remarkable coming from a legend.

Strong features, especially a stunning performance from Ms. Layryn Hill solidify King’s Disease II as one of the strongest records from 2021, and another feather in the cap of one of the greatest to ever step to the mic.

3.) To Kill a Sunrise – Kota the Friend ∙ Statik Selektah

Kota the Friend continued to blossom in 2021 with the warm, self-help style lyricism that has propelled the independent sensation into a place of true stardom.  Pairing his forward, forthright style with Statik Selektah’s golden age production added a certain edge to this project, where as Kota self-produced albums feel a bit warmer and more intimate.  There is no better or worse style for Kota, and he thrives on the Statik production, perhaps adopting a bit more of a surgical style of flow and delivery than we’ve ever seen from the Brooklyn rapper before.

If you are looking at pure bars, To Kill a Sunrise might be Kota’s best work to date.  With great punchlines, complex multis, and more flow switch ups than usual, it is obvious that he is a perfectionist, constantly honing his craft to reach better results.  With that in mind, there is true affection on this album too; the song Go Now is a gorgeous love song, contrasted with the ferocity of previous songs such as Wolves and The Cold.  Kota the Friend truly does not miss, and To Kill a Sunrise is another classic.

J.Cole has remained true to his identity as an insightful philosopher, and rap’s poet laureate, but refocused that through the lens of a modern rap sound.  With elements of trap, the old school bars that propelled him to stardom and even a Cam’ron cameo, The Off-Season is another pillar in a career that will go down as one of the best in the history of rap.

J.Cole has always rapped with a dim vision of reality, but with an air of optimism that things will improve, and on this album, his pairings with 21 Savage, Morray and Lil Baby lighten his burden with playful, less sophisticated features.  The Off-Season maintains Cole’s high attention to meaning, while allowing a bit more freedom for the rapper to focus on a more explosive, high-energy feel.

1.) The House is Burning – Isaiah Rashad

An instant southern classic, The House is Burning might not be the most complete album of 2021, but it feels the most authentic and inventive.  Rashad’s long hiatus was well worth the weight; this record feels like shrimp and grits, oozing with soul, flavor, spice, and great features.

Rashad is an enigma, and constantly evolves his sound to mesh with choice instrumentals and the features on each song.  His vocals are rich, earthy and feel distinctly familiar, like you’re hearing from your preacher or older cousin.  The House is Burning has aged like a fine bourbon in wine caskets.  The aromas are continuously stirring in your mind, making the replay value of this album immense.