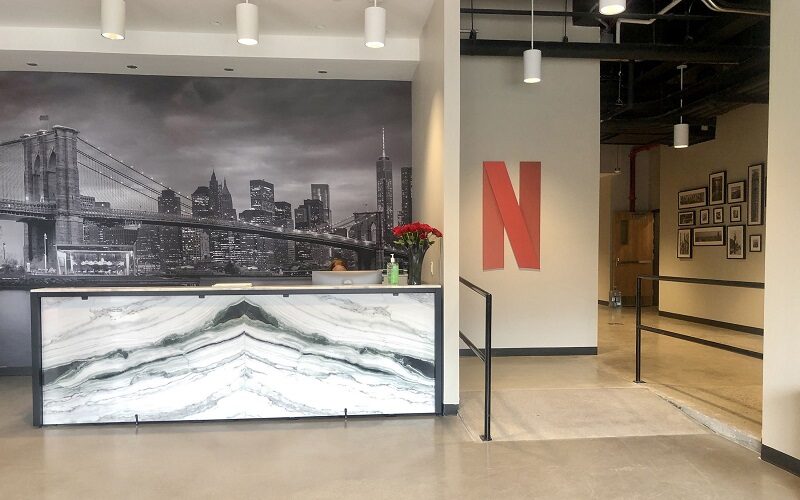 The enormously popular streaming service Netflix—with over 200 million global subscribers in 2020—is making a big move locally with their decision to put down serious creative roots in Brooklyn. In September the global TV/movie giant will officially launch an all new, state-of-the-art production studio in Brooklyn’s own Bushwick, a vibrant community on the rebound whose proud residents have weathered a somewhat mercurial history. Along with the streaming service’s thriving production studios already established in London, Madrid, Seoul and Toronto, Netflix’s commitment to Brooklyn’s future promises to be an economic as well as creative boon to the borough in general, and to the entire Bushwick neighborhood in particular.

To initially fulfill their commitment Netflix pledged to spend more than $100 million—which will go a long way towards the expected creation of thousands of local jobs and business opportunities—and then in 2019 leased two NYC facilities that included a 100,000-square-foot office space in Manhattan as well as the impressively sized Brooklyn production studio space. Netflix then rapidly partnered with the Brooklyn-based owner Steel Equities to refit and seriously upgrade the production studio space to exceed the highest film industry standards.

The production studio itself will include a massive 170,000-square-foot facility with six full sound stages, multiple editing suites for maximum production efficiency, comfortable conference rooms for creative brainstorming and a full-service commissary (which will also be partnered with numerous local eateries and food services). The expansive Bushwick-based sound stages will rival any of  Netflix’s previous efforts with its capacity to film any major release movie and/or up to two complete TV shows simultaneously. As of this writing filming has already begun on two separate Netflix productions, titles to be announced at an upcoming press conference.

To further bolster Netflix’s ambitious inclusion to NYC’s film industry,  New York City pledged $4 million in tax credits spread over the next decade, with the streaming service concurrently committing to the creation of at least 127 jobs at their Manhattan offices prior to 2025.

Commissioner of the New York City Mayor’s Office of Media and Entertainment, Anne Del Castillo, was one of the prominent local government officials who recently toured the new Brooklyn production studio, along with a number of NYC film industry professionals eager to inspect the facility’s production capabilities.

The Commissioner had this to say following her tour-

“This state-of-the-art facility is truly important for not only Brooklyn, but New York City as well. It’s not just a nice opportunity we have here, it’s going to become a real economic driver.”

The September opening of the Bushwick-based studio is both a clear and promising signal of NYC’s entertainment industry’s return to its formerly thriving pre-pandemic glory. With NYC the creative home to over 70 film and television productions before the industry as a whole ground to a halt amid the Covid crash, Netflix and Brooklyn are ideally poised to lead the industry charge back to a surging creative, entertainment and economic force.

“It’s such a critical time for the entire industry to say, ‘We’re here, and we’re back!’ And for all of us at Netflix, this really is a neighborhood project that we believe in, and a future we want to explore together.”

With a once proud industrial history as the “beer capital of the Northeastern U.S.”, Bushwick’s much more recent past could be described as more star-crossed than success story up until its most current revival as one of the borough’s more exciting and adventurous dining options, with a vibrant community of artists on call for duty.

Netflix and Bushwick are ready for the call, and Brooklyn is more than ready to become an industry leader once again.

SUBSCRIBE to BrooklynBuzz.com for updates on Brooklyn development, politics, events, housing and more.

Next PostA Lot Of Trust In East New York’s Future