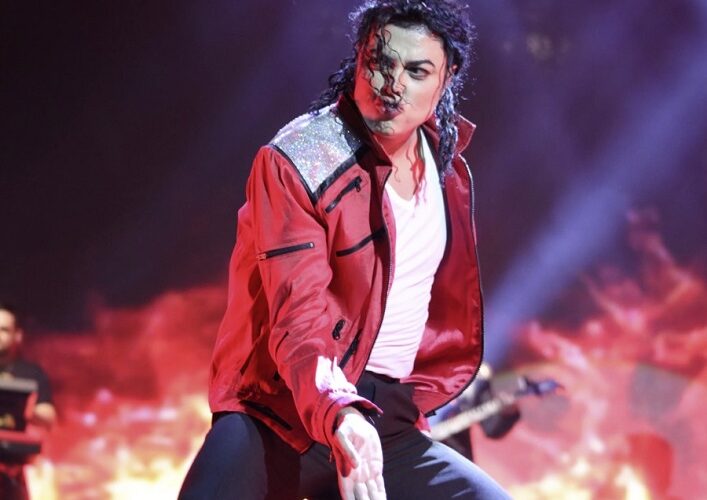 THE MOST DYNAMIC AND AUTHENTIC MICHAEL JACKSON TRIBUTE PERFORMANCE

Michael Jackson is undisputedly one of the greatest entertainers of All Time. His music and dynamic choreography mesmerized his fans and audiences all over the world for over 40 years. His magic still mystifies us. The “Michael Lives Forever Tour” is a World Class Tribute to the “King of Pop” and his most memorable performances.  This performance is coming to New York City for one night only, at the Palladium on June 25th.

Rodrigo Teaser has been a Michael Jackson Tribute Performer since the age of 9. His uncanny likeness to the King of Pop does not stop there. Channeling Michael through his moves and vocals as well as a stage performance that Michael Jackson himself would be impressed with. This ONE NIGHT ONLY attraction celebrates MJ during Black Music Month and begins on the anniversary of his passing. It will be 13 years without Michael since we lost him in 2009. This is an opportunity for MJ Fans in the USA to experience his art in a LIVE tribute concert performance. Celebrate his music, dance and life through an outstanding stage production Featuring Rodrigo Teaser. Revisiting songs, “Billie Jean”, “Rock with You”, “Man in the Mirror”, “Smooth Criminal” and more. This show includes the original band members and dancers. From the costumes, staging and the choreography, you will not believe your eyes or ears.

“Michael Lives Forever” includes original band member Lavelle Smith Jr, who was dancer and choreographer for Michael Jackson, and appears on stage alongside Rodrigo. This adds the true essence of Michael’s performances, creating a show like you have never seen before. Also sharing the stage will be musically acclaimed guitarist Jennifer Batten, Michael Jackson’s official guitarist from 1992 and throughout the rest of his career on all of The King of Pop’s concert tours. Vocal Direction from Kevin Dorsey, Michael Jackson’s Music Director, and will also perform in this show. Tickets are available through Ticketmaster.com and www.Michaellivesforever.com. This Tour will continue in Los Angeles at The Wiltern Theater and Nashville’s Grand Ole Opry (Tentative).

(Date and venue are tentative for Nashville)