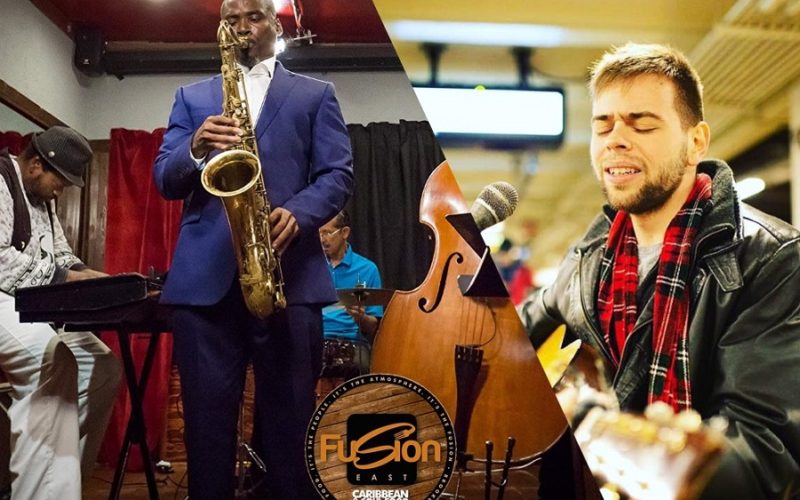 Everyone is fully aware of the development of East New York as it relates to real estate, but Andrew Walcott, a lifelong East New York resident and owner of Fusion East Caribbean Soul Restaurant, is also helping to develop the live entertainment aspect of the neighborhood.

“Live entertainment is an important positive attraction for any neighborhood”, stated Walcott. “This upcoming event on April 16 is just the beginning. We will also have a jazz trio playing at Fusion East on April 30, as part of this year’s 20th Anniversary of the Central Brooklyn Jazz Festival, which is a 30 day music festival of live music. We welcome music lovers to come down to enjoy the shows. This is going to be a great Spring and Summer of live music in East New York.”

Walcott grew up in East New York, and is a homeowner in the neighborhood, which means Fusion East is a home grown business that’s making a positive difference in the community.

The full lineup of performers throughout the Spring and Summer will be listed on EastNewYork.com in the coming days. The music will feature jazz, reggae and R&B artists.

There is no cover charge to get in, but the restaurant does ask patrons to support the artists by ordering a meal, appetizers or drinks.

The first live performance will be April 16, 2019 at 6pm, featuring Bart Tesoriero. Checkout this event on the Facebook Calendar.

Previous PostHealth Tip: The Importance of Exercise for Your Heart