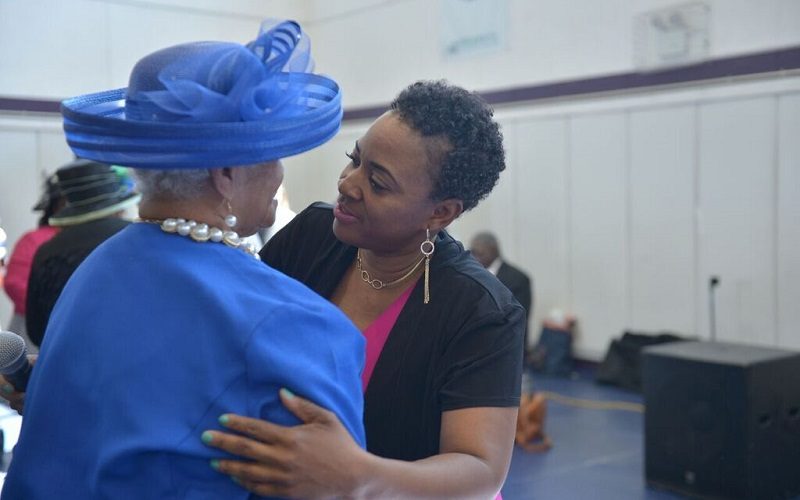 VOICES of East New York host, Nikki Lucas, is running to represent East New York’s 42nd Council District, which covers East New York and parts of Brownsville, Canarsie and East Flatbush. Not only has she thrown her hat into the race but she is also one of the 21 women leading in their City Council races throughout New York City.

Lucas is a 30-year resident of Starrett City and has spent her career working with various organizations to empower the East New York community.

She is one of three generations that has lived in East New York. Resultantly, she has seen how things have changed for the good and also has identified where things can improve:

“I am one of three generations that live in this community, including my mom, daughter, and myself. While some things have changed, the social injustices, educational, health, housing, technology and economic inequities have remained the same.”

This sentiment has motivated her to be committed to using her talents to improve the issues the community of East New York is facing. From partnering with HealthyNYC to bring healthcare information to families to co-founding the Brooklyn Collaborative, an organization that improves access to education and health-related resources, Lucas has done the work to develop strategies to deal with the community’s most pressing problems.

Offering an Action-Based Alternative to the Status Quo

Lucas’s community work has made such an impression on her peers and potential voters that she has taken the lead in public and private funding over well-known candidates who have held office in the community, like Charles Barron.

Lucas told EastNewYork.com why she thinks this is:

“Our community wants leadership that not only speaks loud but marries this with action and legislation that leads to improvements in their lives and within the community. I had to prove myself worthy of community support in which I have garnered over the years. I have tackled housing issues for seniors and families, advocated for quality healthcare, and worked with our schools to improve the quality of education.”

She also acknowledged that the years of seat switching and family legacy politics that has occurred between Charles Barron and wife, Inez, as well as the seeming lack of action on critical issues from the two candidates, could also be driving support her way:

“I think my success is two-fold. One, they continue to try to swap political seats, and the community has not seen any growth or real deliverables. It’s smoke and mirrors,”

Lucas also went on to describe the housing issues that have seemed to go unaddressed, “For example, they boast of all the affordable housing in East New York, but what they don’t tell you is that those units are largely occupied by people from outside the district while the population of homelessness among residents that come from East New York is increasing by alarming numbers.”

She concluded by discussing how her work has increased voter confidence in her and her team, “People have watched the consistency, the advocacy, and all-out hard work my team and I invested into students, seniors, and families to fight for a better quality of life.”

In addition to her work in improving healthcare and education options for residents, Lucas has made the city’s housing crisis a priority. As a Democratic State Committee Member for Assembly District 60, she advocates for more humane conditions in NYCHA buildings and affordable housing.

If elected to the 42nd District Council seat, Lucas plans to support the existing community plan proposed by the Justice For All Coalition as an alternative to the current push for the privatization of NYCHA. Their plan advocates for more community control and repairs to existing properties. As a result of Lucas’ advocacy to improve NYCHA and keep rents low she co-founded the Coalition to Save NYCHA to gain support for keeping NYCHA out of the hands of private developers.

Lucas added, “We have to make real renovations to NYCHA now, and we need to increase public safety immediately, to include protecting the community the way it’s done in Park Slope and the Upper East Side of Manhattn, not “policing” the community the way it has been done for years in East New York and Brownsville. The city has the money, it just has to be reallocated from other areas where the spending has been wasteful.”

“Ending the Cycle of Insanity”

Lucas wants to set East New York on a new trajectory, and other notable politicians are supporting her vision. One noteworthy supporter is Congressman Hakeem Jeffries, who recently selected her to serve as a member of the East New York Neighborhood Advisory board, and he has evolved from colleague and mentor to donor and ally.

Lucas is driven by her passion for helping the East New York community access resources they are entitled to, including affordable housing, healthcare, educational resources, and a local government that works for them. Her commitment to community building and changing the status quo has led to her success as a leading candidate:

“In order to command different results and end the cycle of insanity, we need new leadership that has a plan and possesses the necessary relationships to execute them. That’s what I have to offer as the next City Council Member of the 42nd Council District.”

The City Council election is in June 2021.

Previous PostVIDEO: ENY Community Advocate Chris Banks Points Out How Lack Of Legislation by Charles Barron Has Been Hurting the Community for 20 Years