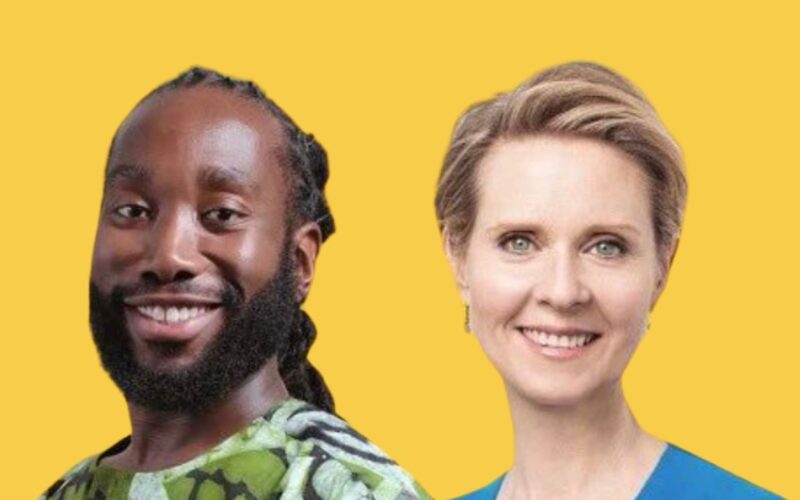 Charles Barron, who became popular because of his roots in the Black Panther Party and the Black Power Movement, has now seemed to have moved as far from the Black Power Movement as you can get. Barron and his protégé, Keron Alleyne, who is running for NY State Assembly in the 60th District, have aligned themselves with the DSA (Democratic Socialists of America), an organization that many people say are filled with people who are interested in taking over political seats in neighborhoods that they feel are on the cusp of gentrification.

As we celebrate Juneteenth it’s hard to believe what I am seeing from Charles Barron and his protégé. 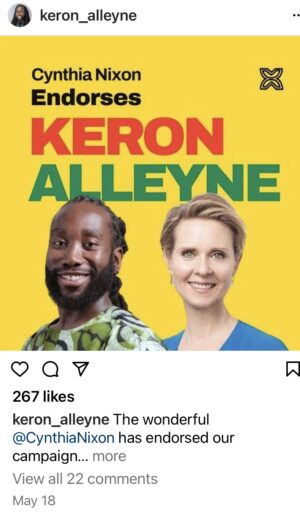 On Alleyne’s social media page, he proudly announces the endorsement of people like Cynthia Nixon and other members of the DSA, who are as far removed from the radical Black Power Movement as you can possibly get. I would argue that Nixon, nor other DSA members, know anything about the people who live in East New York, Brownsville, or Canarsie, which are neighborhoods within the 60th AD. Nixon was taken to task in the past for saying black people getting marijuana licenses is a form of reparations.

According to a 2019 article by City & State, “upcoming state legislative races in Brooklyn demonstrate that the Democratic Socialists of America (DSA) are doubling down on their strategy of nominating candidates of color in gentrifying areas.”

In contrast, Lucas has received endorsements from Mayor Eric Adams, Congressman Hakeem Jeffries, Senator Roxanne Persaud and Attorney General Tish James. These are all elected officials that DSA would love to have voted out of office. At the same time, these are all elected officials who have worked hard in support the black community for many years and the reason the community is on the rise and progressing. All these elected officials reside in Brooklyn and are knowledgeable of East New York, Brownsville and Canarsie, which is not what you think of when you think of Cynthia Nixon or other DSA members.

Lucas has also been endorsed by labor unions that represent members who live in the district. 1199, DC37, 32BJ, UFT, NYSUT, CSA, CWA, TWU and others have also endorsed Lucas in the 60th Assembly District.  This is a district that DSA is trying to infiltrate, which by most accounts, would result in a swift move to gentrification. Gentrification results in the displacement of longtime residents and makes the neighborhood unaffordable for hard-working residents, which is what has happened in neighborhoods like Fort Greene and Bed-Stuy.

I understand that the Barrons are desperate to keep some sort of control in East New York but aligning with the likes of DSA, to me, goes beyond desperation and enters the realm of sellout.

To Submit an OpEd email news@eastnewyork.com and put “OpEd” in the subject line.

Previous PostApply for This Unique Affordable Housing Opportunity in DUMBO with Rents Ranging From $537 to $2,132 per mth