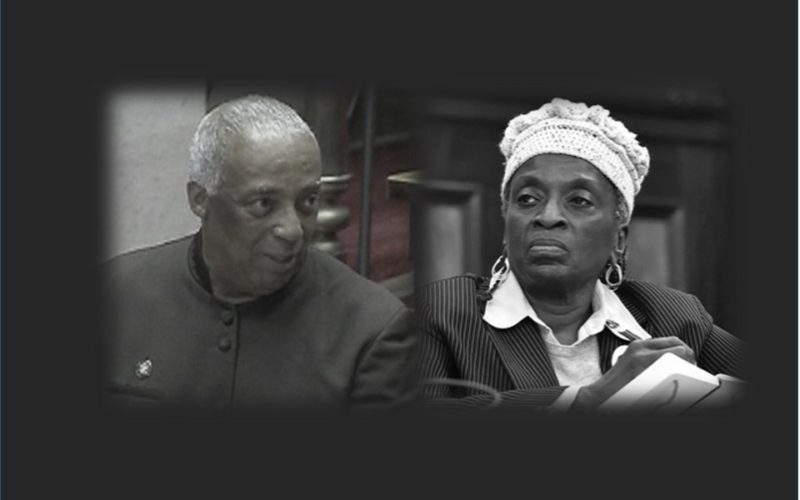 This is information that the East New York community needs to know before they go out to vote Thursday Sept. 13.  Think of this Op Ed as part of the #StayWokeENY movement. Information is power.

The Barrons have held one, or both the City Council and State Assembly seats in East New York since 2001. In 2013 Charles took over his wife’s seat in the Assembly, and Inez took over his seat in the City Council, keeping both seats in one family for 8 more years. Charles has the ability to keep his name and face in the media, which is the main reason the Barrons have been able to win most of their races so far.

In 2012, Charles ran for a Congressional seat, which includes multiple Brooklyn neighborhoods, but he was easily defeated by Hakeem Jeffries, who has become one of the most respected elected officials in New York City since he became Congressman. Brooklyn would have missed out on Jeffries when he was a rising star, had he lost to Charles.

Now, while some people might be sleeping, the Barrons are trying to take their family dynasty one step further, as their hunger for personal power increases. Not only do they still control the Council and Assembly seats, but they are now running for two more seats in East New York, the male and female District Leader seats, which would give them four elected seats in East New York. Two people having control of four elected seats in one neighborhood is dangerous and it shortchanges the community from resources and community input.

The District Leader acts as an official advocate for “the people”, communicating the needs of the community to the elected officials.  With the Barrons sitting in all four seats there would be no one on the ground advocating for “the people”.  This is a direct conflict, and leaves a hole in the process of community advocacy. This is how communities are shortchanged of much needed resources and denied community input.  The Barrons seem to be running for these 2 additional seats for no reason other than ego and personal power, which are Trump-like qualities that 99% of East New Yorkers hate. It’s the idea of “only I can save you”, implying that everyone else is dumb or unqualified. In this case, it seems the Barrons are implying that everyone else in East New York is dumb, including their own staffers. Charles understands that keeping his face in the media keeps his family in power in East New York. Another Trump-like quality. 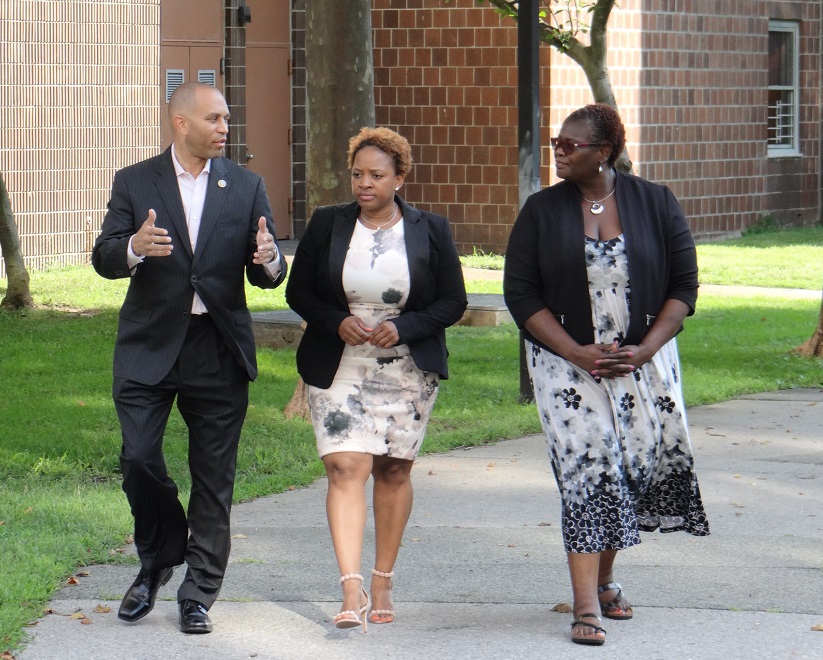 On the female District Leader side, Nikki Lucas, who currently holds the position, easily defeated Joy Simmons (Inez Barrons’ Chief of Staff) two years ago, to become the District Leader in East New York.  Lucas has been a rising star over the past two years in her position as a successful District Leader, working with other elected officials and residents, assisting with housing, senior issues, and healthy living initiatives that impact the lives of East New Yorkers.  Since Simmons lost to Lucas in the last election, the Barrons decided that Inez will run against Lucas this time. If Simmons, or some other Barron staff member, has the competence and qualifications to become District Leader then that person should run. East New York needs 4 representatives, not 2 representatives from one household.

The Barrons are not empowering their staff members, supporters, or community members, instead they are denying them all a chance to run for these positions. This is not black power or power to the people, as the Barrons like to tout from Charles’ black panther days, but instead this is power to the Barron household only, not “Power to the People”.  The people of East New York need as many resources as possible, but this move would be a roadblock to prosperity for long time East New Yorkers, who will feel it for years to come, through gentrification, diminished resources, and limited voices.

If Lucas loses to Inez Barron, East New York would be left with just one household controlling all local political offices in the heart of  East New York, and making all decisions affecting the lives of East New Yorkers.

With all the development happening in East New York at this time, it is more important than ever for the community to have elected officials who can work with others to ensure East New York receives its fair share of ownership and opportunities. It is also important to have four people looking out for East New York, rather than two people who have obviously become consumed with their personal power.

The Barrons use the important Black Panther phrase of “Power to the People”, more for marketing purposes these days, but this latest stunt proves that they are not truly empowering the people.  Another Trump-like quality of using terms from the past as marketing tools to keep your supporters from understanding your true intentions. #StayWoke people.

Nikki Lucas has the strong support, and a great working relationship with Congressman Hakeem Jeffries, as well as Senator Roxanne Persaud. The Barrons should have someone in their camp that can run for District Leader, other than Inez.  If they don’t, then shame on them.  They’ve had over 20 years to elevate young people to be qualified for elected positions. That’s not leadership, that’s dictatorship.  Another Trump like quality.

Election day is Thursday September 13, 2018, and East New York residents might want to look at names other than Barron when casting their vote for District Leader (State Committee Member). This is the only way to make sure East New York is not run by the roadblock thinking of one household, who would be able to make all decisions for East New Yorkers, without leaving their kitchen table. That visual seems strange and sinister.  The Barrons are treating East New York politics like a Monopoly game, but this is not a game. Their decisions are affecting the lives of real people who need real representation that brings real resources to families. This is an important time, and rhetoric will not change people’s lives.

The Barrons’ latest move shows three things. First, the Barrons do not believe they have any viable, qualified candidates in their organization or staff. Secondly, East New York would miss out on a possible rising star who will be able to bring new opportunities to the residents of East New York. Lastly, our powerful black panther chant of “Power to the People”, has been diminished to a marketing tool, with all the power actually going to the Barrons, not the people. It’s amazing how power makes you forget your roots, while becoming the exact thing that you said you were fighting against.  That is a clear sign that change is necessary.