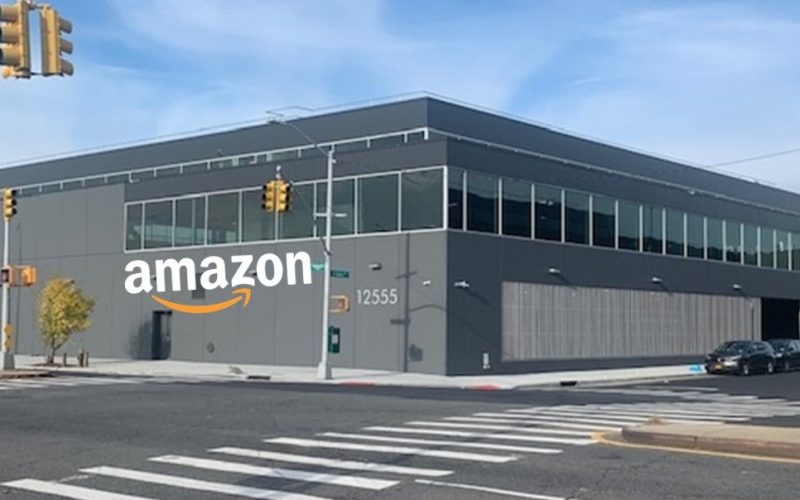 In November Amazon signed a lease for massive warehouse space for a delivery center in East New York, as reported by East New York News. This news created a lot of discussion within the community, with some people immediately opposing the move, while others welcomed the news, citing that it will bring jobs and independent contract opportunities to the neighborhood.

Wednesday evening the Amazon discussion continued as East New York’s Community Board 5 met in a closed-door virtual “Special Meeting” to discuss Amazon’s move into East New York. The problem with this meeting is that it was specifically closed to the community at-large, virtually locking residents out of the discussion.

This Special Meeting would have been a great opportunity for community members to have their voices heard and for the Community Board to show that they are transparent and not working under the guise of secrecy, as they have been accused of in the past.

Community Board 5 Chairman Andre Mitchell, stated in a phone interview, “Amazon wanted to meet with my district manager and me digitally, but I was opposed to doing it”. When asked about the closed door meeting Mitchell stated, “I wanted to sit down with the community board at a minimum”, but he did not address why the meeting was not open to the public.

Little details of the suggestions from the meeting have come out. Mr. Mitchell said that “more or less we settled with the fact that they are now part of the community, that they are here now.”

Amazon will be moving to East New York with two new large warehouses in the district. The first will be at 2300 Linden Blvd, while the second will be a 211,000 sq ft facility at 12555 Flatlands Ave.

Mr. Mitchell committed that the Community Board will publish “a draft of the proposals and the feedback that came out of the meeting,” and that he hopes “to do so before February 18,” when the East New York’s Community Board 5 is supposed to meet with Amazon.

Mitchell assured, “it is going to be open to the public next time”.

East New York’s Community Board 5, which is filled with loyal supporters of Charles and Inez Barron have been criticized in the past for not being transparent about hot button issues in the neighborhood, including the Privatization of NYCHA. The Amazon discussion is high on the list of importance to the community, which makes it hard to understand how the Community Board could have locked the community out of such a Special Meeting.

Mr. Barron, termed limited out of the City Council in 2013, after twelve years (2001-2012), is currently the East New York Assembly Member, and his wife, Inez Barron is in her final term as the area’s City Council Member, after being in the Assembly for 2 terms. (You can read about their seat switching here.) Some people believe secrecy among the Barrons and their loyalists who run Community Board 5, and their seat switching for the past 20 years are two of the many reasons why there is such a big push among the community to vote them out of office.

Neither Mr. Alleyne nor Melinda Perkins, the District Manager for Brooklyn Community Board 5, immediately responded to a request for comment.

“The Board is definitely on the same page as it relates to ensuring Amazon is a responsible partner,” stated Board Member, Wilfredo Florentino, one of the 23 members who participated in the closed-door meeting.

Mr. Florentino, who is running for City Council in District 42, recently released his platform based on the three key issues of Equity, Justice, and Transparency.

Florentino did not put the Transparency part of his candidate platform into action when he had the opportunity in this instance, while at the same time admitting that the meeting should have been open to the public. “I think that all meetings should be public and transparent.” However, Florentino did not bring this point to the attention of the Board Chair and he did not inform community members of the secret meeting.

Although Mitchell stated there would be an open meeting on February 18, Florentino said he is not aware of when the next meeting between the representatives of Amazon and the board members would take place.

Below are the two emails obtained by East New York News. 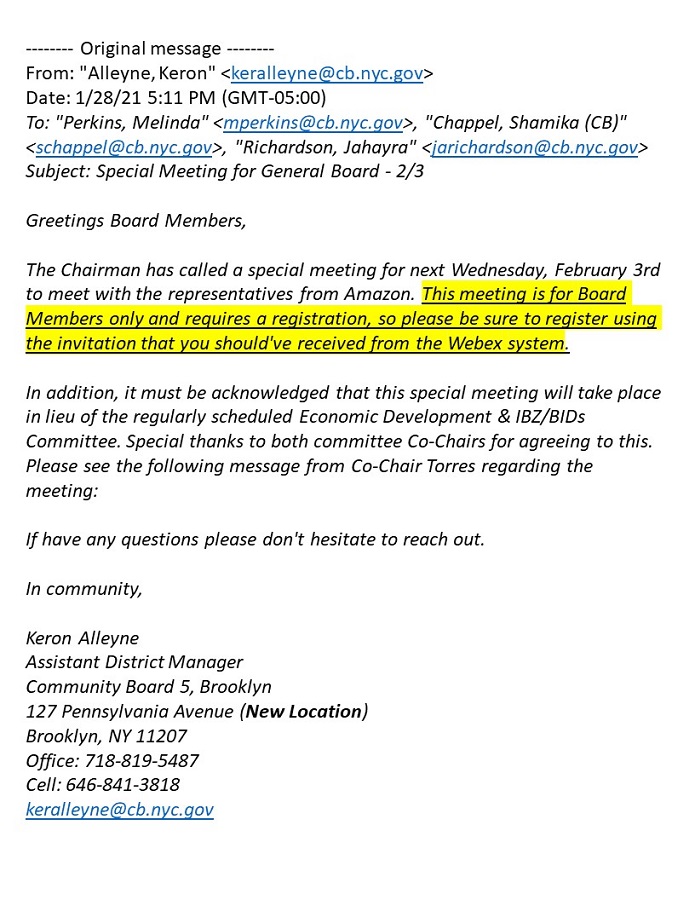 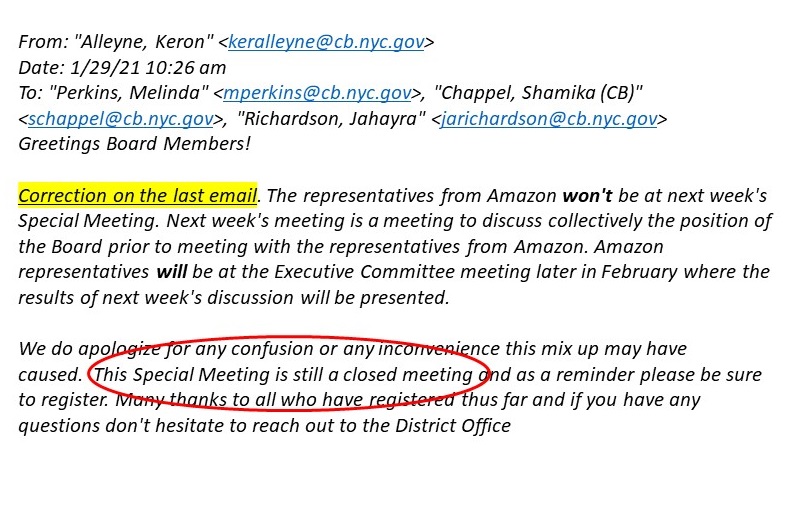 Next PostVIDEO: Dr. Watkins of Dept of Health Explains COVID-19 Vaccines and Monique Waterman Announced That Vaccines Will Be Provided at Pink Houses