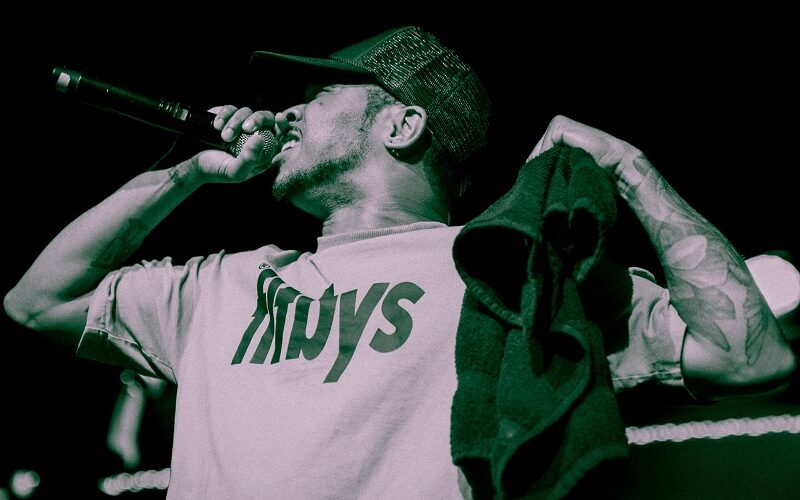 “I’m hyped to come back to Harrisburg after our Europe tour,” said Kota. “HMAC is a great venue and Midtown, Harrisburg is starting to feel like a second home, especially with our shop there now.”

Following a slew of sold out shows in the states and abroad, Flight Night triumphantly returns to where it started one year ago.  From L.A to London, Brooklyn to Berlin, the global festival has inspired hip-hop fans from all over the world to embrace their inner independence and artistry. 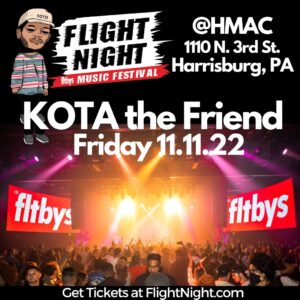 While Harrisburg might not be home to the glitz and glamor of some of the festival’s previous cities, it’s become an important hub in the Flight Boys cog. Kota purchased a building in a prime Midtown, Harrisburg location in 2019. The complex is named the ®fltbys building. The ground floor houses the ®fltbys Store, which is fltbys brick-and-mortar retail location.  Selling apparel, skateboards, vinyl albums and artwork from the fltbys brand and beyond, the ®fltbys Store has sparked an interest in hip-hop/skate culture in the burgeoning Midtown, Harrisburg neighborhood.

By the end of 2022 Kota the Friend will have given nearly 50 independent artists a platform to perform. Flight Night has become the premier music festival to identify global, emerging talent.  Fltbys will announce the artist lineup for Harrisburg a week before the show.  “Kota has created a culture of generous and engaging fans.  Flight Night was an opportunity for us to tap in and connect with a full house of those people,” shared Ben Michael, Manager to Chicago Flight Night artist Brittney Carter.   “Off the stage, it was an opportunity to meet and build relationships with so many creatives and their teams.”

fltbys have released the roster for Harrisburg Flight Night.  Once again, a stacked lineup of local, independent artists will be opening for Kota.  The following acts will perform at Harrisburg, Flight Night on Friday, November 11th.

Harrisburg Flight Night is the epitome of a full circle moment. Look for Kota and friends to execute, once again, at the highest level. Tickets are available at FlightNight.com