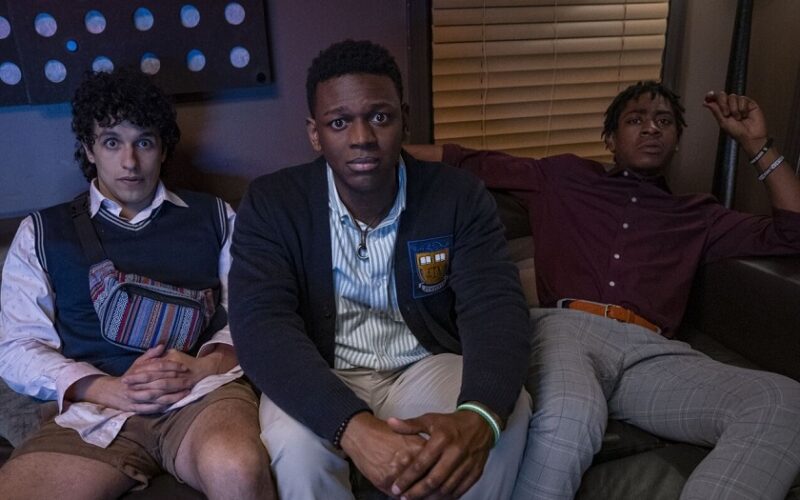 Brooklyn-bred Independent hip-hop artist, producer, and owner of the FLTBYS brand, Kota the Friend, is known for creating impactful songs and visuals, which is obviously why the producers of Amazon Prime Movies chose a Kota the Friend track to end their thought-provoking Amazon Original movie titled ‘EMERGENCY’.

EMERGENCY is a deep movie that includes a popular Kota the Friend song, ‘SCAPEGOAT,’ which plays in its entirety at the suspenseful ending, as one of the main characters stares into the camera after a traumatic experience, which was the focal point of the movie. The song, which was perfect for the ending, was written by Kota the Friend and produced by Eric Madonna, Jovani Colon and Mike Baretz. is from Kota’s album ‘Lyrics to Go Volume III’.

EMERGENCY is a 2022 American comedy-drama thriller film directed by Carey Williams from a screenplay by KD Dávila. It is a feature-length adaptation of Williams and Dávila’s 2018 short film of the same name. It premiered at the 2022 Sundance Film Festival. Distributed by Amazon Studios, it had a limited release on May 20, 2022, followed by an Amazon Prime release on May 27, 2022.