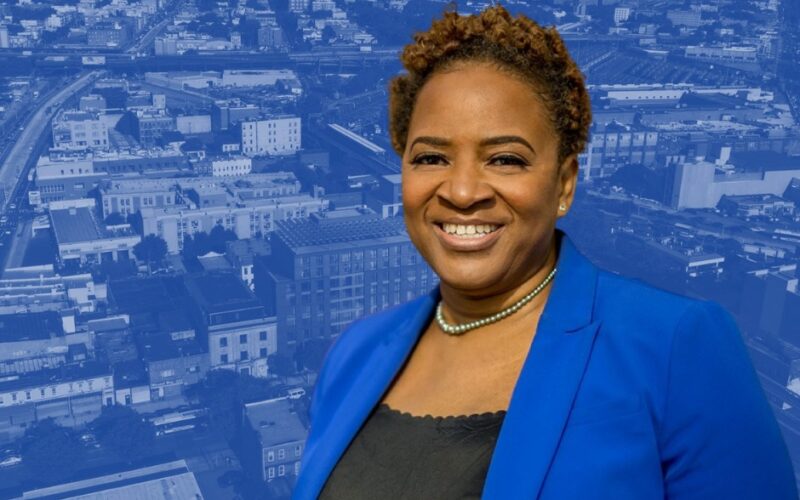 Below is the official press release from Nikki Lucas’ campaign, announcing her ’21st Century Rescue Plan for East Brooklyn’

“This is a plan that brings the District into the 21st Century”, stated Lucas. “East New York leads the city in homelessness, police brutality and gun violence, while we are at the bottom when it comes to the arts, technology, education and health care. We are 20 years into the 21st Century, but our community has been stagnant for the entire 20 years, which is why we need a Rescue Plan.”

The ‘21st Century Rescue Plan for East Brooklyn includes the automatic termination of police officers who have three substantiated complaints against them. These complaints would be substantiated by an Elected Civilian Complaint Review Board, which Lucas supports.

In a recent report the 75th precinct in East New York had 1,364 complaints issued against officers, whereas the 78th precinct covering Park Slope had 46 complaints. The disparity is mind boggling.

“If we remove bad acting officers from the NYPD before they reach 10, 15 or sometimes 30 complaints, then the number of major assaults or killings at the hands of police would drastically decrease and could possibly be eliminated. The implementation of this policy would stop the low-level harassment of innocent civilians by police officers. I am determined to work to make sure the NYPD understand that they exist to “protect” the citizens, not “police” citizens as if we are all criminals. Only in communities of color are we “policed”. In Park Slope and the Upper East Side, they are “protected”. We want the same protections. The only way to get these protections is through legislation and policy change.”

The plan also calls for a ‘Real Affordable Housing’ initiative, which addresses homelessness. The number of homeless New Yorkers sleeping each night in municipal shelters is now 47 percent higher than it was ten years ago. The neighborhood with the highest number of people occupying shelters is East New York.

Lucas added, “I am asking all City Council, Mayoral, Brooklyn Borough President and Comptroller candidates to support this plan. East New York has been last in receiving resources over the past 20 years and it will take partnerships on all levels to make sure District 42 finally receives the resources it needs to bring us into the 21st Century. It is 2021 and we are still dealing with the same problems that we were facing in the 90’s.”

“We need to create partnerships and legislation, which have both been lacking in the District for the past 20 years. It’s time for bold plans with real solutions to bring about change”, Lucas added.

To find out more about Nikki Lucas visit the official website at www.ElectNikkiLucas.com.

Next PostVIDEO: Creators of ‘Disabling Limitations’ Were Guests on this Episode of VOICES of ENY with Nikki Lucas