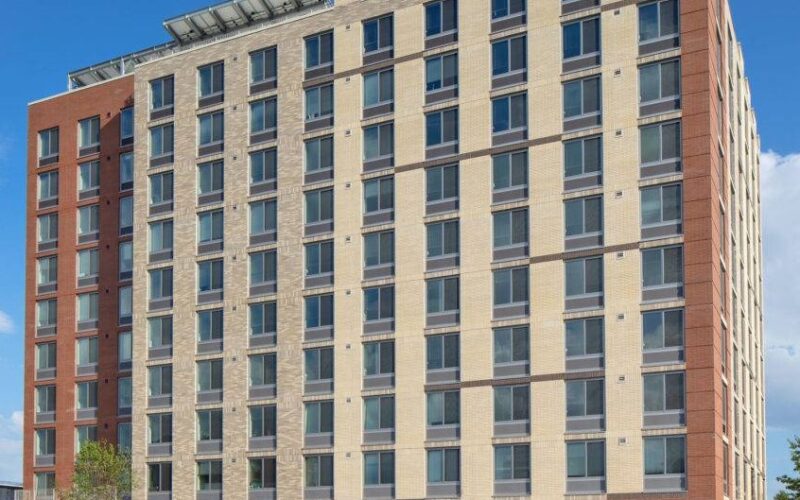 It was recently announced that the Linwood Park Apartments, a new affordable rental building in Brooklyn’s East New York neighborhood, has officially opened to residents. The building, which includes supportive housing for formerly homeless families, is one of the first affordable buildings to open in New York City since the onset of the COVID-19 pandemic and is the first affordable building to be completed following the large-scale rezoning of East New York in 2016.

“This marks the completion of the first new residences made possible by the City’s large scale re-zoning of East New York and we are especially gratified that 100% of the apartments will serve low income New Yorkers including 30 units for formerly homeless families” said Alan Bell, principal of B&B Urban, a developer focused on addressing the housing needs of homeless families. “Hats off to our partners L+M and HousingPlus and to the NYS Department of Housing and Community Renewal and NYC’s Department of Housing Preservation and Development for stepping up to finance such sorely needed housing.”

“The opening of Linwood Park Apartments is an incredible achievement and a meaningful addition to the neighborhood in East New York,” said Rita Zimmer, Founder & Executive Director of HousingPlus. “Now more than ever, we all see how important having a home is to the health and well-being of individuals and families. HousingPlus is pleased to be part of such a stellar group of partners, who share a deep dedication to our own mission to provide equitable access to quality housing for some of our city’s most underserved. Through Linwood Park, B&B Urban, L+M Development, and MHG Architects have provided not just a new home, but new opportunities and a fresh start for each of the new families.” 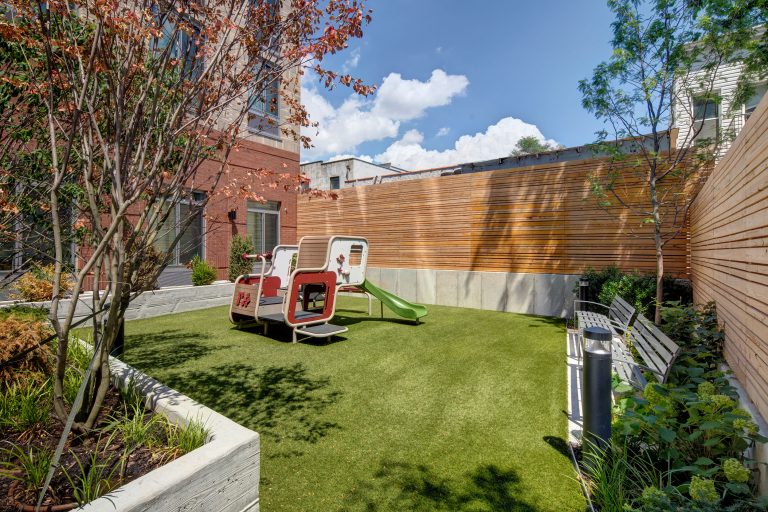 “The COVID pandemic has disproportionately impacted families struggling with housing insecurity and economic hardship and these challenges have been particularly acute in neighborhoods like East New York,” said New York State Homes and Community Renewal Commissioner RuthAnne Visnauskas. “That is why we are so pleased to see 100 households have moved into Linwood Park Apartments and will have access to resources and support designed to help them move forward and live successful, healthy lives. This project builds on Governor Cuomo’s ongoing efforts to combat homelessness, improve access to health and housing services, and enhance the overall quality of life in Brooklyn’s neighborhoods.”

“The Linwood Park apartments embodies the goals of the East New York Neighborhood plan: deeply affordable housing, built on private land, for the people of the community,” said former City Council Member Rafael Espinal. “B&B Urban understood those needs and met them with this project. The apartments bring permanent affordability in a neighborhood that is mostly driven by market rate units, ensuring that East New York continues to be the diverse and inclusive neighborhood I grew up in,”

The 10-story project includes 10 units of affordable housing for families earning less than 50 percent of Area Median Income (AMI), as well as 59 units of affordable housing for families earning under 60 percent of AMI. An additional 30 units of supportive housing have been set aside for formerly homeless families. On-site services for these tenants will be provided by HousingPlus, one of the leading supportive housing groups in the country. 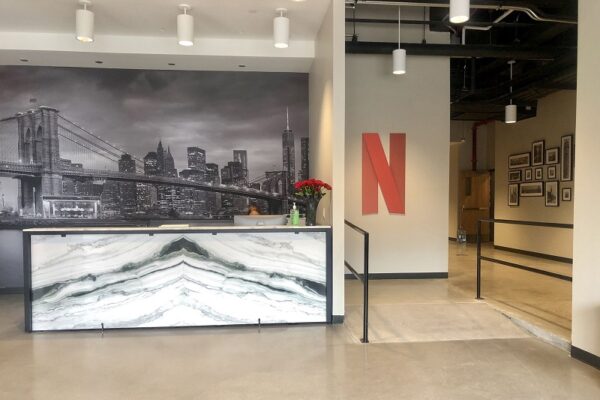 A Lot Of Trust In East New York’s Future

$400 Million Development will Transform 7.2 Acres in Central Brooklyn into a Sustainable Development with Community Amenities and Nearly 900 Affordable Apartments

Sunday August 1 (1-3pm) – Alchemy; Trash to Art. Artist Dominika Ksel leads us on a contemporary experience of finding and building art from ‘Trash”

TruLove Sports is excited to support young athletes as they experience an exciting and FREE introduction to Track in East New York, Brooklyn. This program is based on fundamental development and exposure to the sport.  Kids will learn about the technical, tactical and mental aspects of the sport, while competing in a variety of fun running events and activities.

Community Back To School Barbecue

Back to School BBQ and School Supply Giveaway 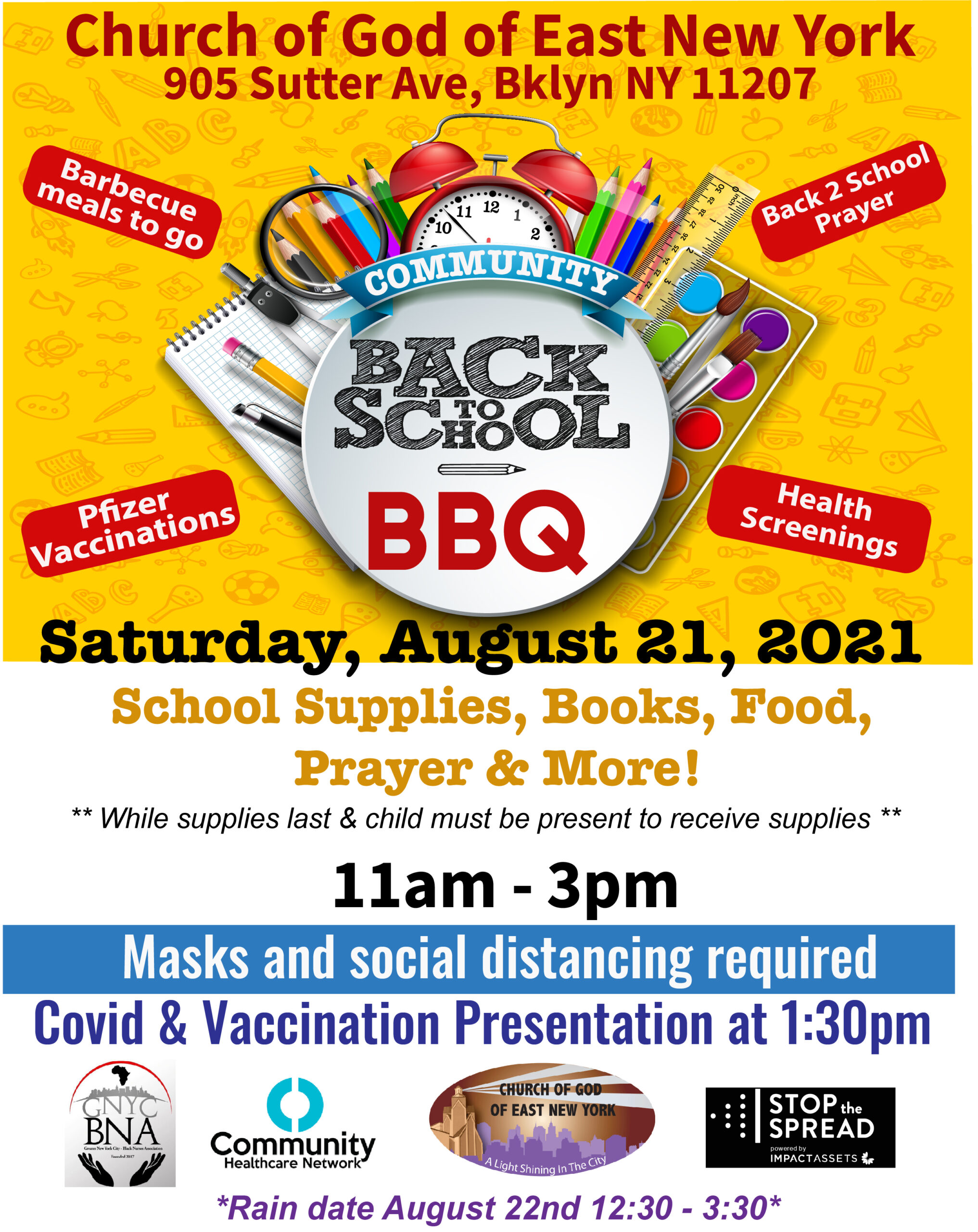